How to Create and Read an Android WiFi Heat Map

There are several different reasons why WiFi heat maps are useful and well worth the time and effort they take to create:

Android WiFi mapping can be performed using any modern Android device capable of running an Android WiFi heatmapper app. With the right app, you can achieve the same results as when creating a WiFi heat map on Windows or macOS.

How to Choose a WiFi Heat Map App for Android?

But just because WiFi heat map apps for Android all work more or less the same doesn’t mean that they all deliver the same high-quality results. Here are a few tips to help you choose the best WiFi mapper for Android:

What You Need to Know Before Building WiFi Heat Maps?

Building a WiFi heat map isn’t difficult, especially not if you use a popular WiFi mapping Android app with an easy-to-use user interface. Still, there are some things you should know before you build your first WiFi heat map so that you obtain the most accurate results possible:

You should also learn the difference between different kinds of WiFi heatmaps, including:

You can create these and other WiFi heatmaps with NetSpot for Windows and macOS using data collected by your Android device running NetSpot for Android.

NetSpot is a popular professional app for wireless site surveys that’s accessible even to casual users who don’t have an in-depth understanding of wireless networks. It runs on all WiFi-equipped computers with macOS 10.10+ or Windows 7/8/10 and is designed to work in pair with the NetSpot Android app.

The recently updated Android version of NetSpot lets you quickly and easily collect important information about surrounding wireless networks and observe the changes in data charts in real-time. Best of all, the app can now be used to perform a WiFi site survey, allowing you to visualize the results using the desktop version of NetSpot.

NetSpot’s approach to heat mapping offers two main advantages. First, WiFi heat mapping Android apps are far more convenient to use on site because they don’t require you to haul around a bulky laptop. Second, desktop visualizations make it far easier to spot WiFi coverage issues because they are not limited by the small screen of your Android device.

Here’s How you can create Android WiFi heat maps with NetSpot:

First, you need to create a new project by clicking the + button. 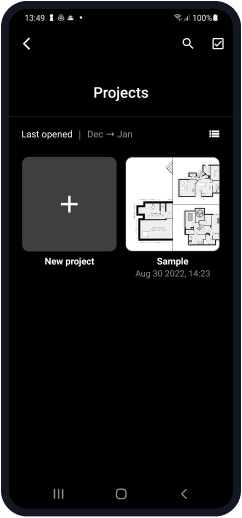 Choose the file of your site from the library or take a photo of a map. 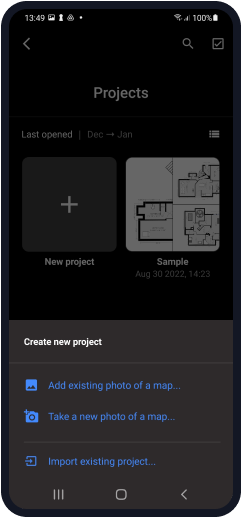 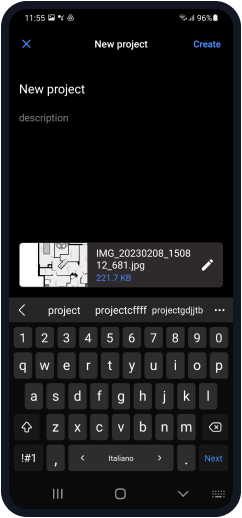 Calibrate your map — chose any two points on the map, and then input the actual distance between them. Be sure to select the correct unit of measurement (feet or meters.) 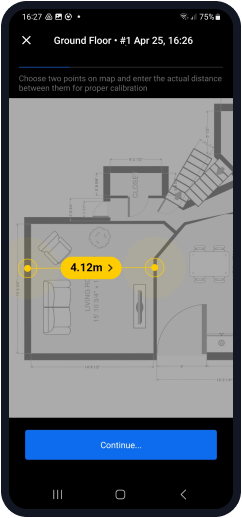 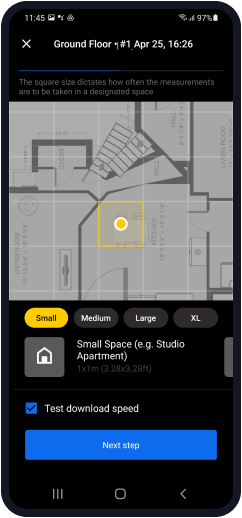 Start scanning: you have to take at least 3 sampling points to build a visualisation. 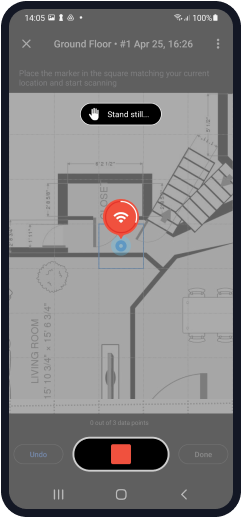 Once your WiFi site survey is finished, you need to export the project to your mac or Windows computer to view and analyze the created heatmaps in the desktop version of NetSpot. 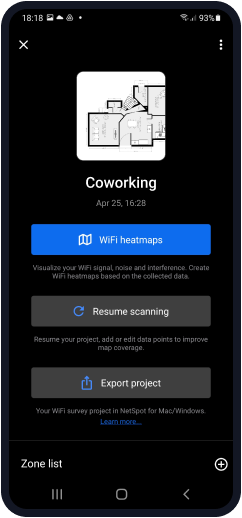 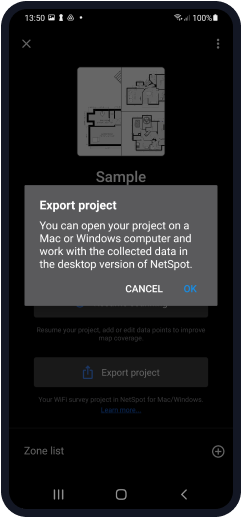 You can create many different types of WiFi heat maps with NetSpot for Windows and macOS, and switching between them is as easy as clicking a button.

Your Android device can tell you a lot of useful information about nearby WiFi networks if you equip it with a powerful Android WiFi heatmapper like NetSpot. As we’ve described in this article, creating a detailed WiFi heat map isn’t difficult, and the benefits of seeing your coverage visualized on a map are numerous.

How do I heatmap my WiFi?

To heatmap your WiFi network, you need just two things: an Android device and a WiFi heatmap app for Android, such as NetSpot.

What is a heat map in the WiFi planning process?

A heat map is a visualization of WiFi signal distribution, and it can be used to highlight areas of signal weakness, the quantity of access points, and other important information.

Check our picks for the best WiFi heatmap software.

How can I tell where a WiFi signal is coming from?

Typically, WiFi signal becomes stronger the closer you move to your WiFi router. Knowing this, you can create a WiFi signal heat map with a WiFi heatmapper like NetSpot and use it to determine where the signal is the strongest. That’s likely the direction the signal is coming from.

What is the best WiFi analyzer for Android?

There are several great WiFi analyzers for Android, but the one we always recommend is NetSpot. Why? Because NetSpot is easy to use yet packed with advanced features that can provide you with a wealth of useful information about your WiFi network, helping you optimize its performance and coverage.

If you want to get more information about Wi-Fi, check out the following articles about Wi-Fi routers, the best apps for wireless networking, WiFi signal, etc.
WiFi map and the best WiFi heat mapper apps
Learn more
Check out the list of Top 3 best apps for Wi-Fi troubleshooting
Learn more
How to Perform WiFi Site Surveys With NetSpot
Learn more
NetSpot for Android
Analyze and compare, fix issues with WiFi — all on your Android phone or tablet. You'll need Android OS 8.0+
★★★★★
4.9 rank, based on 231 user reviews
Version 2.1 • What’s new • Submit your review