What Is WiFi 6E and Should I Upgrade to It?

The biggest difference between WiFi 6 vs 6E is that the latter WiFi generation supports three different frequency bands (2.4 GHz, 5 GHz, and 6 GHz), whereas the former supports only two (2.4 GHz, 5 GHz).

The support for the 6 GHz band is a huge deal if you live in an area with more WiFi networks than trees. In such areas, wireless interference tends to be a major problem, causing everyone’s speeds to fluctuate unpredictably and making it difficult to achieve even signal coverage. 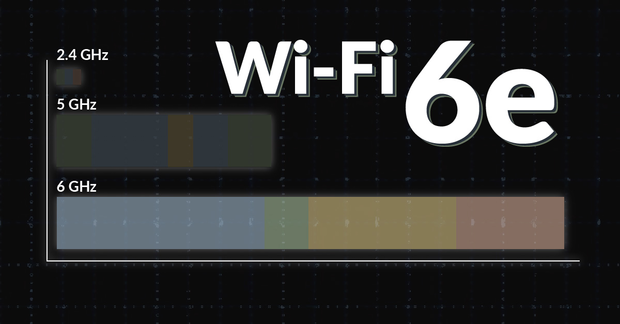 What Are the Advantage of WiFi 6E?

We’ve already touched upon some of the main advantages of WiFi 6E, and now is the time to take a closer look at them:

These advantages make upgrading to WiFi 6E worth the effort and necessary financial investment. Just don’t think that WiFi 6E can solve issues caused by poor router placement or configuration. Yes, the better performance of WiFi 6E devices can make them less apparent, but it won’t make them go away.

To fix them, we recommend you use a WiFi network analyzer tool like NetSpot.

With its help, you can create a detailed coverage map to determine if your router is located in the optimal place, and you can also discover all nearby WiFi networks and see if their configuration doesn’t clash with the configuration your own network.

What Are the Disadvantages of WiFi 6E?

There’s really only one major disadvantage of WiFi 6E, and it’s the fact that not that many devices support it yet.

For example, none of the new iPhone 14 models support the newest WiFi standard, and the same can be said about most other low-end and even mid-range Android devices.

What Are the Best WiFi 6E Routers and Mesh Systems?

Choosing the best WiFi 6E router or mesh system can be a long and confusing process. To make it easier for you, we’ve put together the following list of our favorite options.

The best WiFi 6E routers can reliably cover a large area with a strong signal and connect dozens of client devices at the same time.

If there ever were one router to rule them all, it would have to be the ASUS ROG Rapture GT-AXE11000. This mighty beast of a router is capable of achieving speeds of up to 11,000 Mbps thanks to its WiFi 6E support, which allows it to deliver higher performance using wider channels. 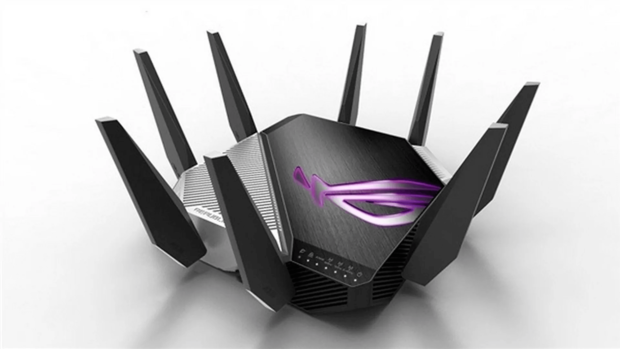 Because ASUS is well-aware that expensive WiFi 6E routers are purchased mostly by hardcore gamers, the ROG Rapture GT-AXE11000 provides triple-level game acceleration to boost game traffic and reduce ping rates by up to 90%.

Unlike many other high-end WiFi 6E routers, the Linksys MR7500 Hydra Pro 6E isn’t ridiculously expensive, especially if you happen to catch a good deal on it. It offers all the benefits associated with WiFi 6E, including support for the 6 GHz band for interference-free signal and ultra-fast speeds. 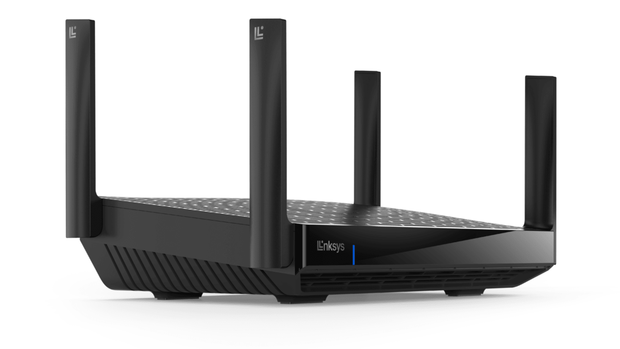 The router can create an intelligent mesh network together with other Linksys products, and you can mount it on a wall so that it doesn’t get in the way. The only major downside is that it doesn’t offer many extra features, especially when it comes to cybersecurity and parental controls.

The Netgear Nighthawk RAXE500 has more to offer besides its striking design. This tri-band WiFi 6E router can deliver combined speeds of up to 10.8 Gbps thanks to its powerful 1.8 GHz quad-core processor, whose performance puts many not-that-old computers to shame. 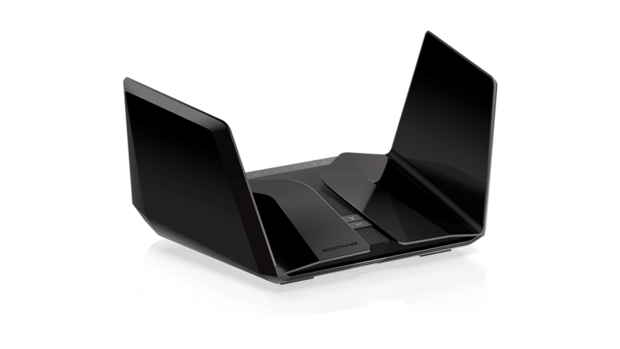 The router comes with 1 year of Netgear Armor all-in-one internet security solution. Unfortunately, you need a paid subscription to keep using Netgear Armor once the 1-year-long free trial expires. Of course, you can also just live without it.

Our favorite WiFi 6E mesh systems are perfect for those who hate switching between multiple networks when moving from one area to the next.

The Netgear Orbi RBKE963 mesh system is very expensive but absolutely worth the money if you want to cover a large area with a seamless WiFi signal. With three units, you can create a network capable of delivering speeds up to 10.8 Gbps across up to 9,000 square feet. 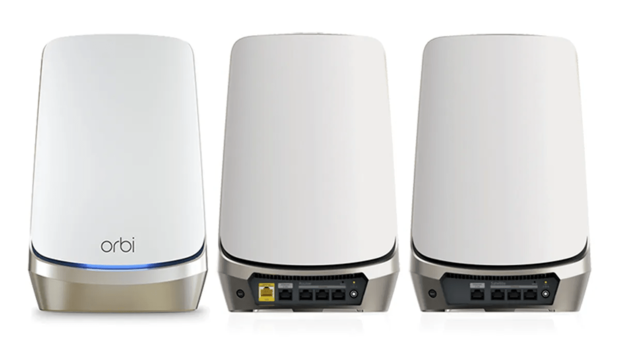 The installation and configuration of the Netgear Orbi RBKE963 mesh system is simple and intuitive thanks to the Orbi app for iOS and Android. The app lets you manage your network, monitor device and data usage, and more.

If a state-of-the-art WiFi 6E mesh system like the Netgear Orbi RBKE963 is incompatible with your budget, then the TP-Link Deco XE75 might be more up your alley. Three units can cover up to 7,200 square feet and achieve speeds up to 5,400 Mbps for 200 devices. 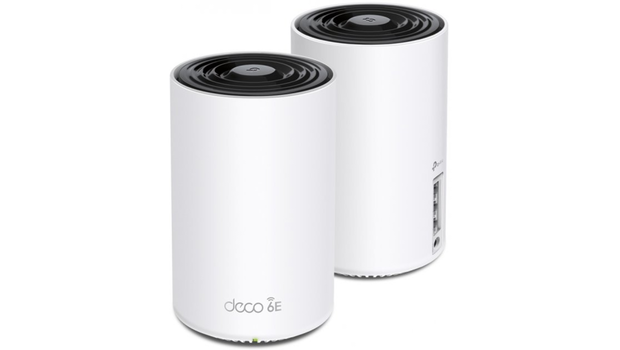 TP-Link is known for its robust parental controls, and the TP-Link Deco XE75 benefits from them as well, making it great for families with small children and teens. We just wish there were at least one USB port on each unit for easier printer and file sharing.

The eero Pro 6E is among the most compact WiFi 6E mesh systems. Despite its small size, it can support 100+ connected devices and cover up to 6,000 square feet. Each eero Pro 6E unit doubles as a Zigbee and Thread hub for your smart gadgets, so there’s no need to pollute your home with additional electronic devices. 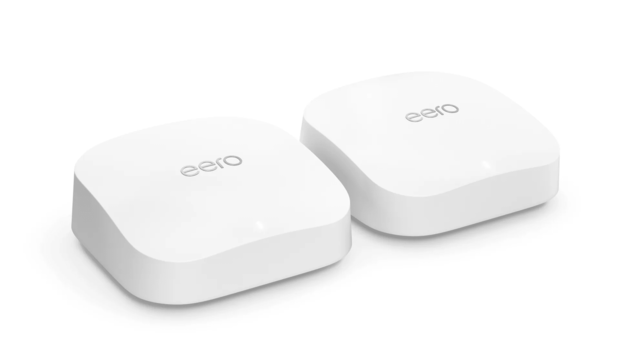 Just like the TP-Link Deco XE75 mesh system, the eero Pro 6E does have any. USB ports. Well, it does have one USB-C port, but that port is used exclusively for charging. At least each unit is equipped with two Ethernet ports.

How to Choose the Best WiFi 6E Router or Mesh System?

When choosing the best WiFi 6E router or mesh system, we recommend you pay attention to the following criteria:

A WiFi 6E router that meets all these criteria should be able to flawlessly meet your wireless connectivity needs.

Even though the number of devices that support WiFi 6E is still fairly limited, a new WiFi standard is already in development.

The name of the standard that will eventually replace WiFi 6E is — you’ve guessed it — WiFi 7 (or 802.11be Extremely High Throughput), and its final version is expected to arrive in 2024. 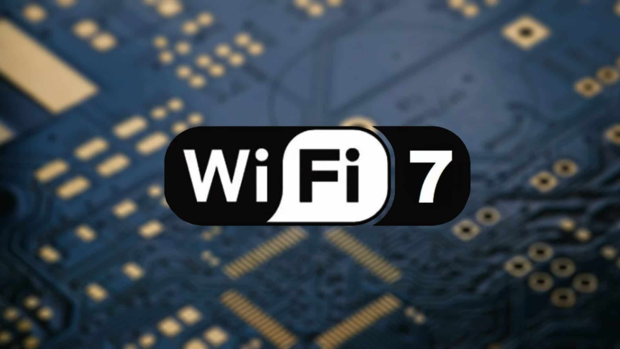 WiFi 7 is supposed to bring wireless speeds on par with wired speeds, providing a theoretical maximum of 30 Gbps across three supported bands (2.4/5/6).

To Sum It Up

WiFi 6E is the latest generation of standards for wireless local-area networks, and it offers several important benefits over previous generations. The WiFi 6E routers and mesh systems recommended in this article make it possible to enjoy the superior performance, coverage, and security of WiFi 6E. Just don’t forget that your client devices must support the standard as well.

WiFi 6E is the marketing term used to refer to the IEEE 802.11ax standard for wireless local-area networks.

How much faster is WiFi 6E than WiFi 6?

Even though WiFi 6 and WiFi 6E can theoretically achieve the same maximum linkrate, WiFi 6E can be up to 25 percent faster in the real-world because it supports the 6 GHz band.

Can WiFi 6 devices use WiFi 6E?

No, devices that support only WiFi 6 can’t use WiFi 6E. At the same time, all WiFi 6E routers and mesh systems are backward compatible with WiFi 6, so they can connect WiFi 6-only clients to the internet just fine.

Are there any WiFi 6E mesh systems?

Yes, there are several WiFi 6E mesh systems, including:

Is it worth getting a WiFi 6E router?

If you’re not satisfied with the performance of your WiFi network and have optimized its configuration and coverage using a network analyzer like NetSpot, then a WiFi 6E router might be a great investment.

What is the fastest WiFi 6E router?

Capable of achieving boost speeds of up to 11,000 Mbps, the ASUS ROG Rapture GT-AXE11000 is one of the fastest WiFi 6E routers currently available.

If you want to dive deeper into this Wi-Fi thing, check out the following articles about Wi-Fi security, the best apps for wireless networking, inflight WiFi, etc.
What is WiFi RTT (round-trip time) and How it Works
Learn more
Learn Everything You Need to Know About 802.11ac
Learn more
IEEE 802.11mc — Everything You Need to Know About It
Learn more
Get NetSpot for Free
Wi-Fi Site Surveys, Analysis, Troubleshooting runs on a MacBook (macOS 10.10+) or any laptop (Windows 7/8/10/11) with a standard 802.11a/b/g/n/ac/ax wireless network adapter.
Get NetSpot