What is WiFi 6 and How Will it Affect Me?

The underlying technology and standards which drive WiFi have evolved along with its uses. The latest iteration of WiFi standards is known as WiFi 6. Let’s take a look at what the new generation of WiFi is all about.
top choice
Get NetSpot
Jump to...
What is WiFi 6?
What are the Advantages of WiFi 6?
Should I Consider Upgrading to WiFi 6?
Quality WiFi 6 Routers

WiFi 6 is the newest version of WiFi and is based on the IEEE 802.11ax standard. It provides a number of advantages over older WiFi technology which we will discuss shortly. It is accompanied by a new naming convention that is designed to enable users to more easily understand the type of devices they are using.

Under the new naming convention, here are how WiFi would have been defined in the past and will be identified going forward. The WiFi generation name is linked to the IEEE standard that they support.

Along with the new method if identifying various generations of WiFi technology is the concept of clearly labeling devices and software that support different types of WiFi. This is intended to make it easier for the general WiFi user to understand the capabilities of their devices and software and make more informed choices regarding upgrades and equipment purchases.

This means you should start seeing devices that advertise they support WiFi 6 rather than the 802.11ax standard. That certainly is easier to remember. You will also see devices that have passed the WiFi Alliance’s certification process that are now labeled “WiFi 6 Certified”. The WiFi Alliance is recommending that all hardware and software manufacturers adopt the labeling conventions to standardize the information presented to consumers.

What are the Advantages of WiFi 6?

WiFi 6 is more than just a new name and a set of labeling conventions. There are many significant improvements that are incorporated into WiFi 6 that will make it much more useful to wireless users around the world. Let’s take a closer look at some of the advantages of using WiFi 6 technology.

Each generation of WiFi has provided greater data transfer speed and WiFi 6 is no exception. The theoretical speed of WiFi 6 is 10Gbps. It achieves this speed increase by combining the 2.4GHx and 5GHz spectrum bands and employing MU-MIMO technology for both uplink and downlink data transfers.

More efficient data encoding leads to the higher throughput. More powerful chips used to encode and decode signals allow more data to be carried by the same radio waves. A single device can achieve up to 40% faster data transfer when using WiFi 6 versus WiFi 5. Even 2.4GHz networks will experience increased speeds when using a WiFi 6 router.

Another important benefit afforded by the move to WiFi 6 is the increased battery life that devices accessing a WiFi 6 network will enjoy. This improvement is beneficial to the average user and can be a critical factor in enabling low-power devices that comprise the Internet of Things (IoT) to make use of WiFi communication.

Battery life is extended through a feature known as target wake time (TWT). TWT enables the WiFi access point to communicate with your device to tell it when exactly to turn its WiFi radio to wake up and go to sleep. This helps conserve power as your device will spend more time in sleep mode than with previous WiFi implementations.

One of the ways that WiFi performance can be negatively affected is when it is used in crowded areas where there is competition for the signal. WiFi 6 employs a number of new technologies to increase the utility of WiFi by minimizing the problems of network congestion.

One way this is accomplished is with a technology known as Orthogonal Frequency Division Multiple Access (OFDMA). This allows a wireless channel to be divided into a number of sub-channels that can each be used to carry data for a different device. This allows a single access point to communicate with more devices simultaneously.

Improvements in Multiple In/Multiple Out (MIMO) capabilities now allow a router with multiple antennas to both send and receive data transmissions from multiple devices at the same time. WiFi 5 could only send, but not receive multiple signals at once. This will lead to better performance in situations where many users are attempting to access the network.

Improvements in beamforming are also part of the WiFi 6 standard. Beamforming focuses a stronger signal in the direction of connected devices rather than broadcasting at the same level in all directions. The router attempts to optimize the signals that it sends to a specific device.

These are some of the ways that WiFi 6 alleviates the problems of accessing WiFi in congested settings such as sports arenas or entertainment venues. It promises to make connecting to wireless networks more efficient no matter where you are located.

Should I Consider Upgrading to WiFi 6?

There is certainly a great allure to use WiFi 6 to achieve faster and more optimized WiFi performance. WiFi 6 is being introduced in 2019, and devices that are able to take advantage of its full capabilities may not be immediately available. Here are some factors to consider if you are thinking about upgrading to WiFi 6.

Equipment upgrades will be necessary — You obviously will need a new router that supports WiFi 6. Simply having the router will not necessarily lead to performance improvements as the devices accessing the network need to be WiFi 6 compliant in order to enjoy all the benefits of the new standard. If you are trying to upgrade your WiFi performance and all of your devices are capable of using WiFi 5, then you may be better served by purchasing a new WiFi 5 router.

An increasing number of wireless devices — As the number of wireless-capable devices in the average household increases, the benefits of employing a WiFi 6 network are more evident. If you plan on implementing smart home technology or just want to be prepared for future growth, your next router purchase should be a device of the WiFi 6 variety.

If you are satisfied with your current WiFi network and its performance, you should file away the WiFi 6 information for when you are preparing for your next purchase. Perhaps you will be faced with WiFi 7 as an option by then.

A good route to follow if you are considering an upgrade is to conduct a detailed WiFi site survey of your current WiFi network and its coverage area. Using a dedicated WiFi analysis tool like NetSpot will help you find issues with your WiFi network as well as plan for a new implementation. It’s a great tool for anyone who is responsible for maintaining a wireless network.

Here are a few quality WiFi 6 routers that are now or will soon be on the market.

This router by ASUS conforms to the 802.11ax standard and supports MU-MIMO and OFDMA technology. It contains 8 LAN ports and 4 antennas and is compatible with ASUS mesh WiFi systems. 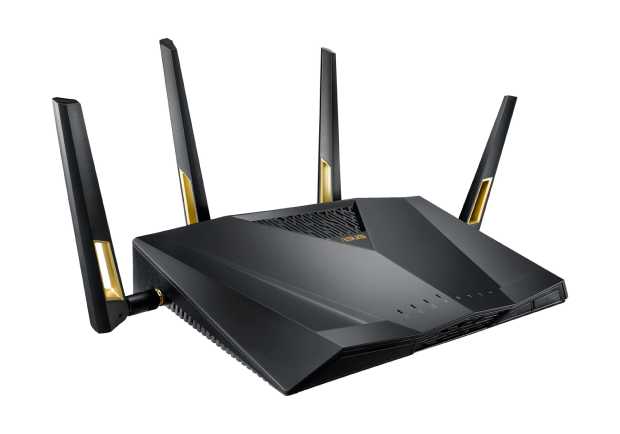 It also offers commercial-grade security through its AiProtection feature.

Netgear’s Nighthawk AX8 fully supports the WiFi 6 standards and provides for up to 4 simultaneous WiFi streams. It is backward compatible with all of your current wireless devices and is easy to set up and manage. 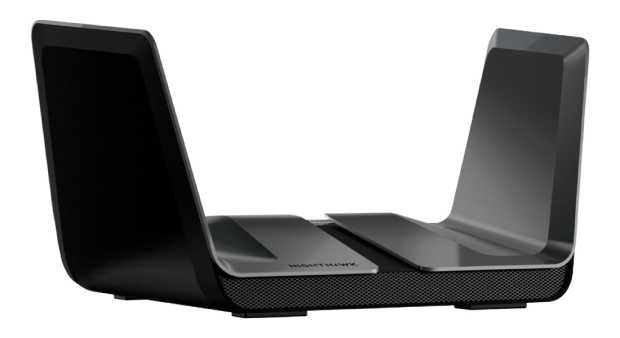 The Archer AX600 by TP-Link is another router that promises to deliver the increased speed and connectivity inherent in the WiFi 6 standards. It supports OFDMA for better performance in congested settings and uses intelligent band steering to direct users to less used bands. 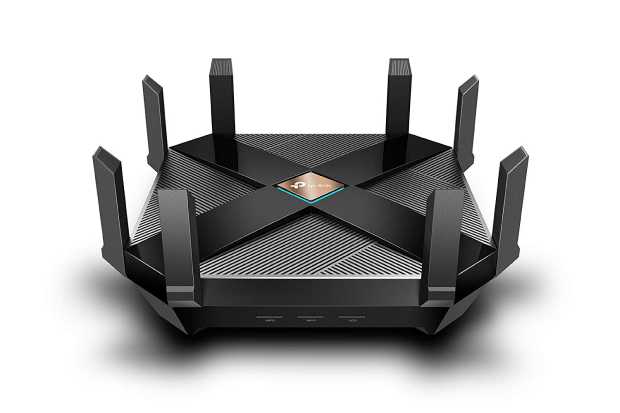 Parental controls and anti-virus protection are built into the device for increased network protection.

As 2019 unfolds, there will be more emphasis put on devices and routers that provide WiFi 6 capabilities. If your wireless network is impacted by issues of congestion or slow performance, the move to WiFi 6 may well be your best move. Even if you are satisfied with your current WiFi situation, future purchases should be made with an eye toward the eventual shift to WiFi 6. You will want to ensure that your money is well-spent and the devices you obtain can make use of this exciting new wireless standard.

If you want to dive deeper into this Wi-Fi thing, check out the following articles about Wi-Fi security, the best apps for wireless networking, inflight WiFi, etc.
What is WiFi RTT (round-trip time) and How it Works
Learn more
Learn Everything About WiFi Security
Learn more
IEEE 802.11mc — Everything You Need to Know About It
Learn more
Get NetSpot for Free
Wi-Fi Site Surveys, Analysis, Troubleshooting runs on a MacBook (macOS 10.10+) or any laptop (Windows 7/8/10/11) with a standard 802.11a/b/g/n/ac/ax wireless network adapter.
Get NetSpot