NetSpot 2.4 and its minor updates! 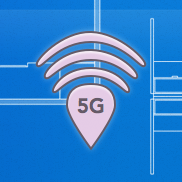 RECENT UPDATE: September 2015, NetSpot 2.4.623 released. We keep polishing the product while something really new is getting ready to be revealed. Meanwhile the new build is addressing a few visual and internal issues and acknowledges smoother loading of large map files. Scroll down for more details.

June 2015, yet another minor update posted for NetSpot 2.4. The build #2.4.607 adds several requested features and improves overall app efficiency. We also did some preliminary improvements for the upcoming OS X El Capitan 10.11, more to come.

Today, February 9, 2015, we release NetSpot 2.4.585. It’s also a minor release that addresses a few issues reported by our users, and adds a few polishing touches here and there. See the changelog below for details.

On January 2nd, 2015, we uploaded NetSpot 2.4.583 with a critical fix of the annoying freezes when loading projects that contained incorrectly formatted or empty BSSID values.

Earlier, NetSpot 2.4.582 was released. It’s mostly a polishing update with tons of minor improvements, however, it also includes some of the freshest fixes for the most burning issues (mostly related to OS X 10.10) kindly reported by our users. Here’s the full changelog of this update:

Get the new update here. Or just follow the auto-update hints in any of the previous NetSpot releases.

Scroll further to see the original post and full explanation of what NetSpot 2.4 is about!

You’ll be pleased to know that our bigger, better, stronger NetSpot 2.4 is available today as a free update for all users. It has ten+ new features, as well as numerous improvements and bug fixes. This update also adds full and improved support for OS X 10.10 Yosemite.

First, we’re excited to tell you that NetSpot now has Global Preferences, accessed from the main menu bar (NetSpot > Preferences). This gives you one convenient spot to adjust NetSpot’s settings, and adds a bunch of new options — including a brand-new way to manage AP aliases. There are six sections (note that some features are for PRO users only):

We’ve also added a bunch of new features to Discover Mode. The right-click menu is now available when clicking on any column (instead of just the first one), and it now includes an option to set a custom color for each network. The right-click menu offers more selection options as well, including Invert Selection, Select All Filtered, and Select Networks by Channel.

Two other often-requested new features are the ability to add a heatmap legend when exporting heatmaps as images and the ability to skip all further tests if an error occurs during Active Scanning.

We’ve also squashed several annoying bugs, including the excessive memory consumption that was occurring with the following visualizations: Quantity of APs, PHY Mode Coverage, and Frequency Band Coverage, as well as errors that occurred when exporting or clearing data in Discover Mode.

For media inquiries and NFR licenses, please contact us at press@netspotapp.com