Everywhere around us, packets of data are being transmitted from wireless routers to countless electronic devices. Even though we don’t see the data, we’re still affected by it because it travels on a shared digital infrastructure. This article explains why it’s important to monitor local wireless connections, and it introduces a class of applications built specifically for the job: WiFi finders.

What Is a WiFi Finder?


A WiFi finder is a software application capable of identifying and analyzing WiFi networks, which are based on the IEEE 802.11 standards.

In response to the massive growth of smartphone users, and the steadily increasing popularity of smart home appliances and wearable devices, businesses and home users alike have set up a large number of internet hotspots, places where WiFi connectivity is available.

In some areas, there are dozens and dozens of WiFi networks being broadcasted simultaneously, competing for the same WiFi channels. In North America, there are only 11 such channels, with 3 out of the 11 channels being non-overlapping.


To avoid interference, it is recommended to broadcast on the non-overlapping channels and choose such channel that is utilized the least. Since the wireless information highway data packets travel on is invisible, a reliable software application capable of identifying and analyzing WiFi networks is needed to uncover which WiFi networks are being broadcasted on which channels.

How Do WiFi Finder Applications Work?

There are also WiFi finder applications, such as NetSpot, capable of conducting WiFi surveys. Instead of taking only a single snapshot of WiFi activity at one place and one point in time, NetSpot and other WiFi survey applications like it collect WiFi data from different places and visualize the data on a map. WiFi survey applications are useful for optimizing WiFi coverage and eliminating deadspots, which are areas of signal weakness.

Yes, WiFi finder applications are perfectly legal to use. However, they may, like just about any other tool, be used for illegal purposes, which is how they sometimes get a bad reputation even though they don’t deserve it. If you’re interested in WiFi finders because you want to optimize your WiFi network, you have absolutely nothing to be afraid of.

What Are the Best WiFi Finder Applications?

The best WiFi finder applications combine ease of use with powerful features and an attractive price. We have selected several such applications and listed them below.

NetSpot is a professional WiFi finder capable of conducting WiFi site surveys and performing in-depth troubleshooting. It runs on both macOS and Windows and can be downloaded and evaluated for free. At the core of NetSpot are two distinct WiFi finder modes: Discover and Survey.

Discover Mode is an easy to use WiFi analyzer that instantly detects and collects heaps of information, including network's coverage, capacity, performance, APs configurations, signal level, interference, noise and more, about all surrounding WiFi networks, presenting the information in a way that makes sense even to regular home users.

If you need to, you can zoom in on any single WiFi network and display real-time charts to see changes happening in real time. NetSpot can even export the gathered information as a CSV file for later review. 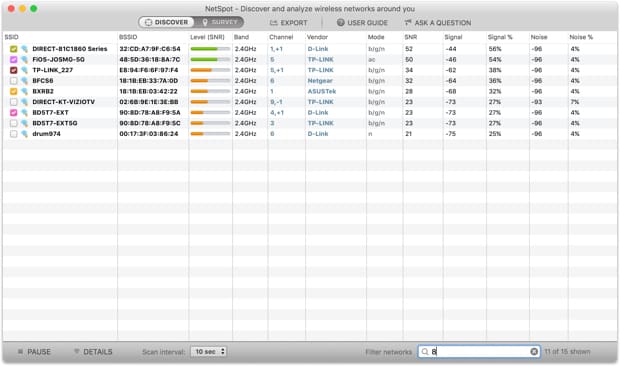 Survey Mode is NetSpot’s most powerful feature, allowing you to conduct in-depth WiFi network analysis and collect information from multiple places to visualize everything on a single map.

Survey Mode is often used by networking professionals tasked with setting up a WiFi network to cover a large office or commercial building. But thanks to NetSpot’s modern user interface, Survey Mode is also accessible to regular home users who wish to optimize their home WiFi coverage without spending money on a new wireless router or booster.

TWC WiFi Finder is a unique WiFi finder in that it helps users connect to the nationwide TWC WiFi network from Time Warner. Currently, there are approximately 500,000 TWC hotspots around the country providing free access to high-speed internet. Even if you’re not Time Warner’s customer, you can still use a TWC hotspot thanks to the Free Trial option. 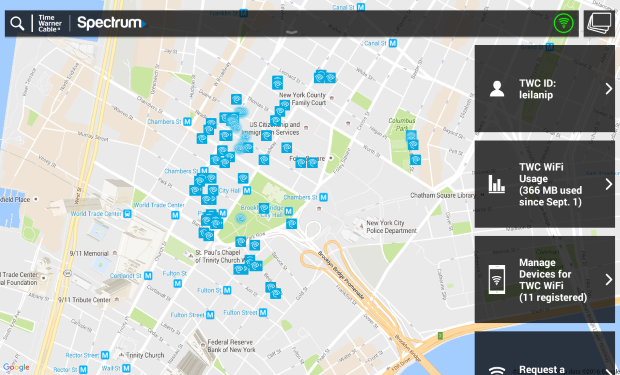 And if you are a Time Warner customer, you can save your ID and password in the app and configure it to automatically connect to the closest available TWC hotspot. The application has its quirks, and its developer should definitely polish it a bit more, but it does what it’s supposed to do, and that’s what matters the most.

If you’re like most people and you roam the world with your laptop and jump from one WiFi hotspot to another, you probably have trouble remembering all the WiFi passwords you come across. The good news is that you don’t need to remember them because your computer stores them for you, but what if you want to give someone else access to a network you’re already authorized to use?

Or perhaps sign in your other electronic devices? In that case, you have two options: you can either dig deep into the settings of your computer or download WiFi Password Finder, a simple application that can retrieve all stored WiFi passwords for you. 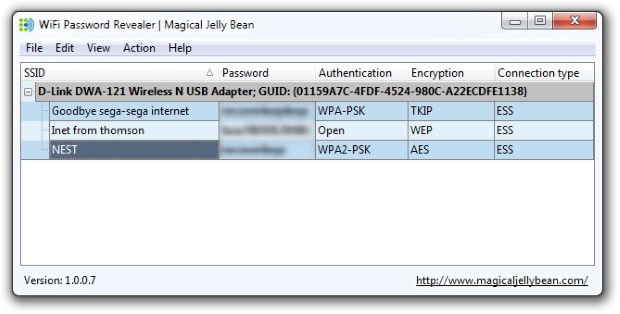 WiFi Password Finder is free, and it works with all Windows operating systems (Windows XP, Vista, Windows 7 and Windows 8, 8.1, Windows 10) and is available for both 32-bit and 64-bit. It even has the option to export all stored passwords to Microsoft Excel (*.xls), HTML (*.html), comma-separated file (*.csv), Text file (*.txt) file types in any location.