Selecting and Installing a WiFi Booster 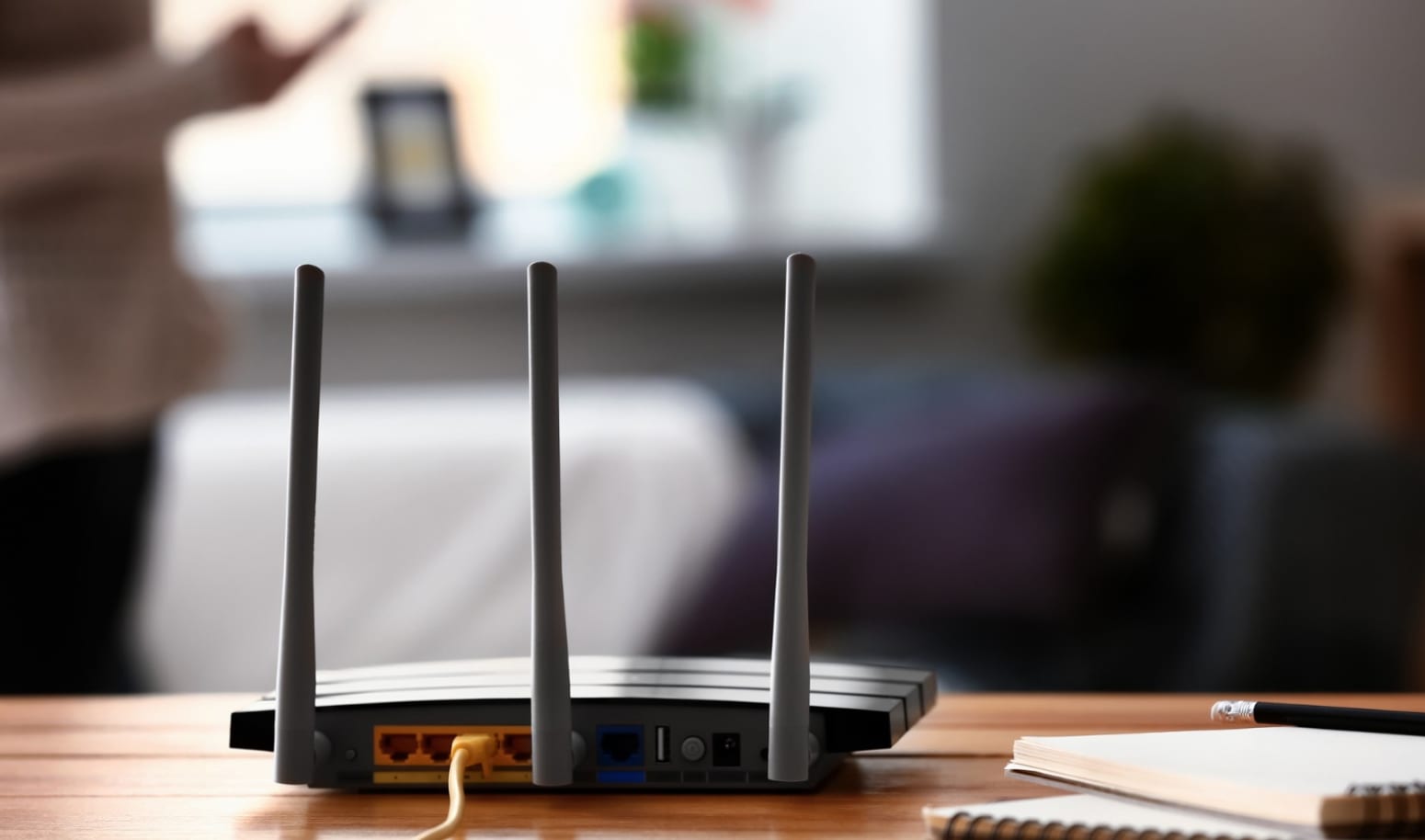 When this happens, people often waste hours talking with their internet service providers or trying various tips and tricks on how to avoid interference and extend signal range. The net result of these attempts is seldom satisfactory.

The good news is that everyone can say goodbye to their WiFi signal problems. All that’s needed are the right tools for the job. Tried and tested by countless professional and home users alike, the combination of NetSpot, a wireless site survey, WiFi analysis, and troubleshooting app for Windows and Mac OS X, with a WiFi signal booster yields excellent results and is guaranteed to fill all the bars on the WiFi strength indicator on your smartphone or laptop.

What Is a WiFi Signal Booster

A wireless booster, also known as a WiFi extender or WiFi amplifier, is an electronic device similar to your home or office router. Its job is to receive a wireless signal, amplify it, and broadcast it again. Out of these, the amplification phase is the most important.

Desktop computers, laptops, and mobile devices have tiny wireless chips with built-in antennas. In most situations, they do a good job, but they become inadequate as soon as you move farther away from the wireless signal source. In comparison, a wireless signal booster has two large antennas — one for receiving and one for broadcasting — which can be either built-in or external.

A wireless booster can be used to strengthen an existing WiFi network and bring strong internet signal to all corners of a house or an office. You simply connect a WiFi booster to your network — just like you would a smartphone — and it will automatically start broadcasting. Most wireless signal boosters on the market are designed to be easily extendable.

Let’s say that you would like a rock solid internet connecting in every room in your house, including the basement and the attic. The chances are that a single wireless signal booster wouldn’t be able to cover everything on this own. But two, three, or even four boosters are guaranteed to do the trick.

How do you select the best WiFi booster for your home or office? First, you need to find out areas require signal boosting and which are fine as they are. You could, of course, use an online speed test to test whether your download and upload speeds match the advertised speeds of your internet service provider. The problem with this method is that it offers little to no precision.

Online internet speed tests are affected by the total number of people using them, background network activity, and other factors. NetSpot’s Survey Mode is a much better solution. With it, you can accurately, quickly, and easily create a visual map of your entire network and see where it would be best to install a wireless signal booster.

Once you know how many WiFi boosters you need and where to install them, it’s time to decide which model to buy. Many WiFi boosters plug directly into the standard electrical outlet, making them convenient and unobtrusive.

The most significant disadvantage of this type of signal booster is the weaker performance. Stand-alone wireless boosters come with external high-gain antennas that tend to provide noticeably better boosting than the integrated antennas of plug-in boosters.

Just like you wouldn’t expect a decade old WiFi router to support all modern internet standards, you can’t expect old WiFi boosters to support the latest wireless standards and encryption algorithms. At the very least, select a booster capable of achieving the same download and upload speeds as your wireless router. Better yet, select a booster that supports the most cutting-edge technologies on the market. You may pay more, but you’ll also get a lot more mileage out of it.

How to Install a Wireless Signal Booster

NetSpot comes with many handy features to help you find the perfect location for your WiFi booster. The one that you’ll likely find the most useful is the ability to start network surveys with heatmap visualizations of signal strength. 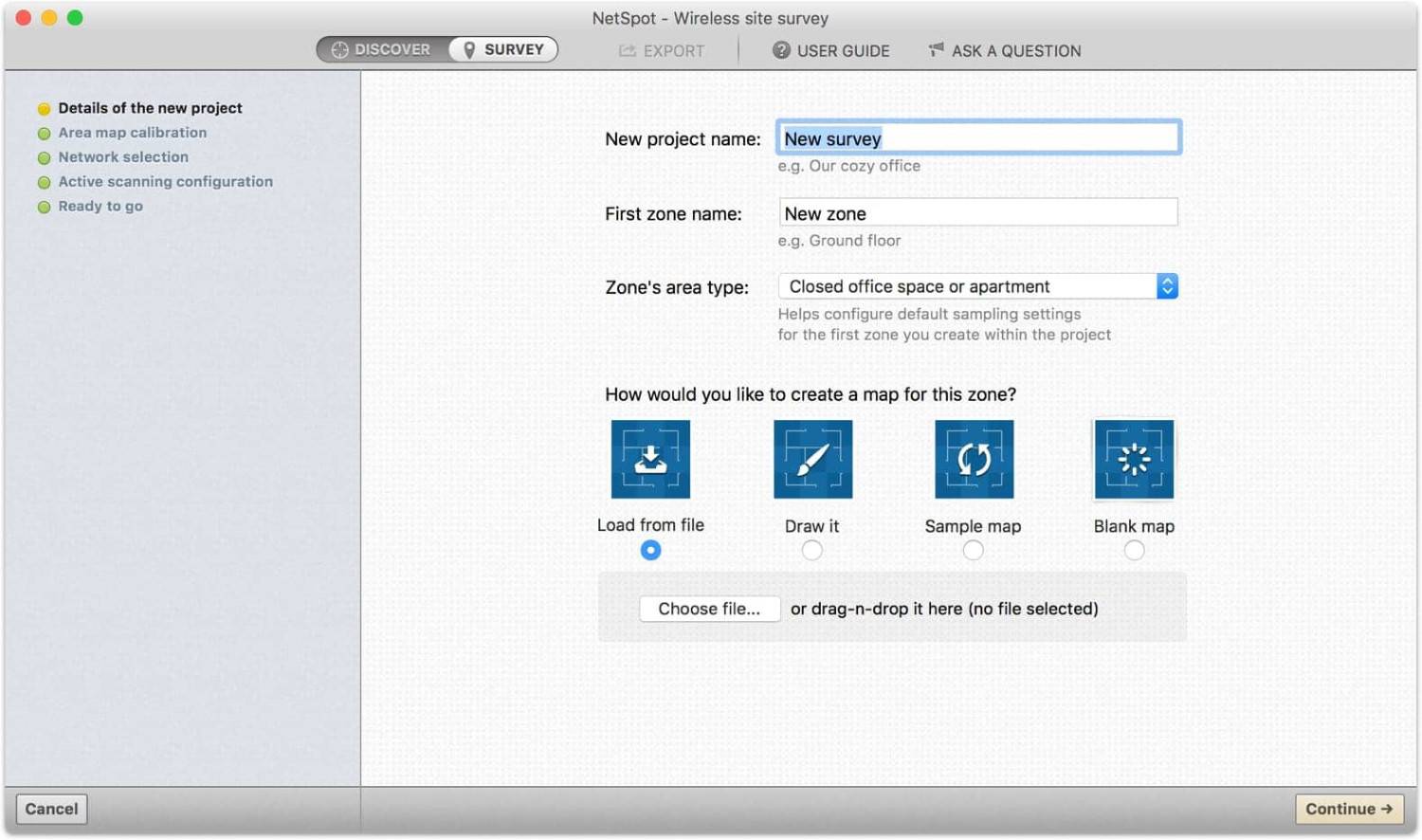 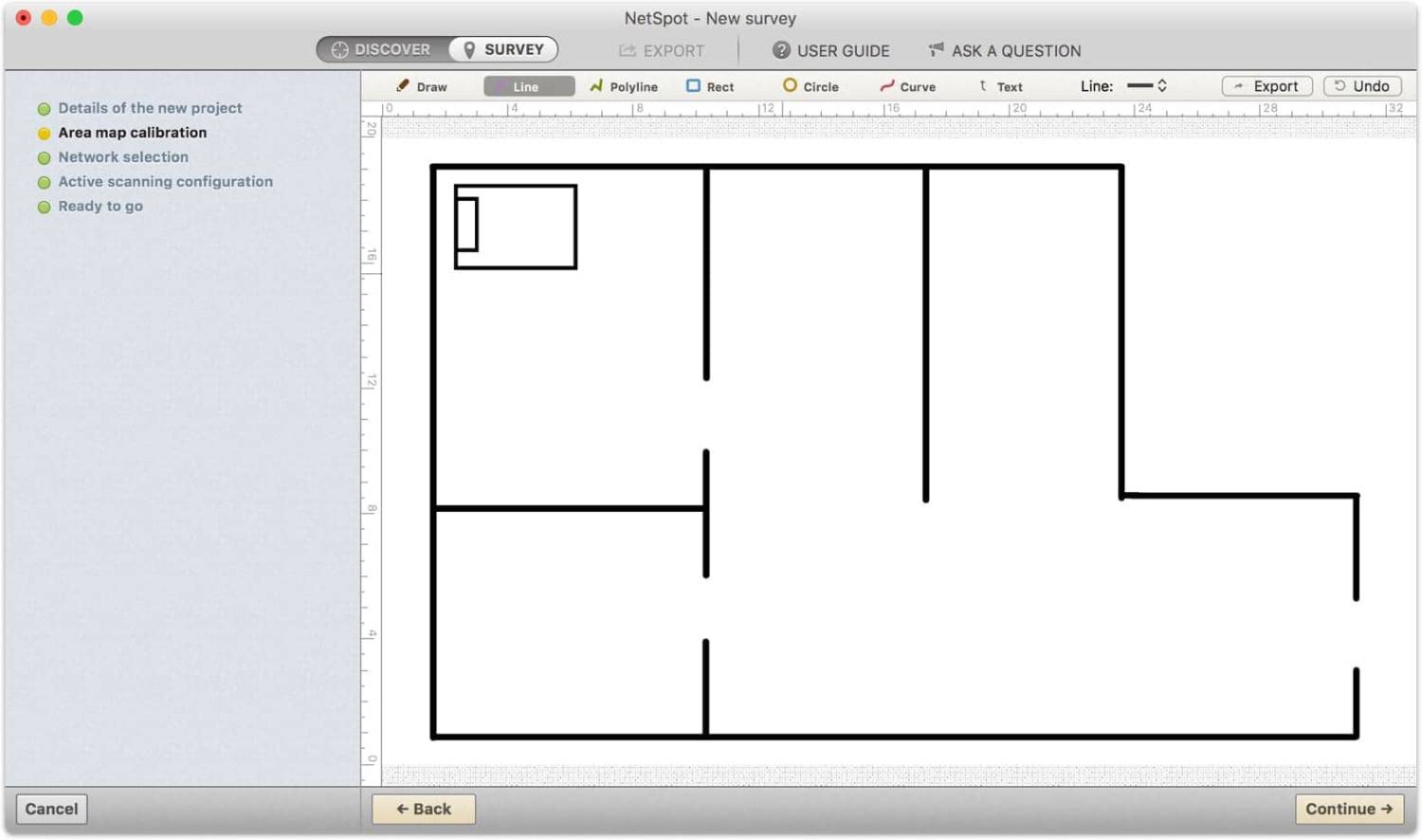 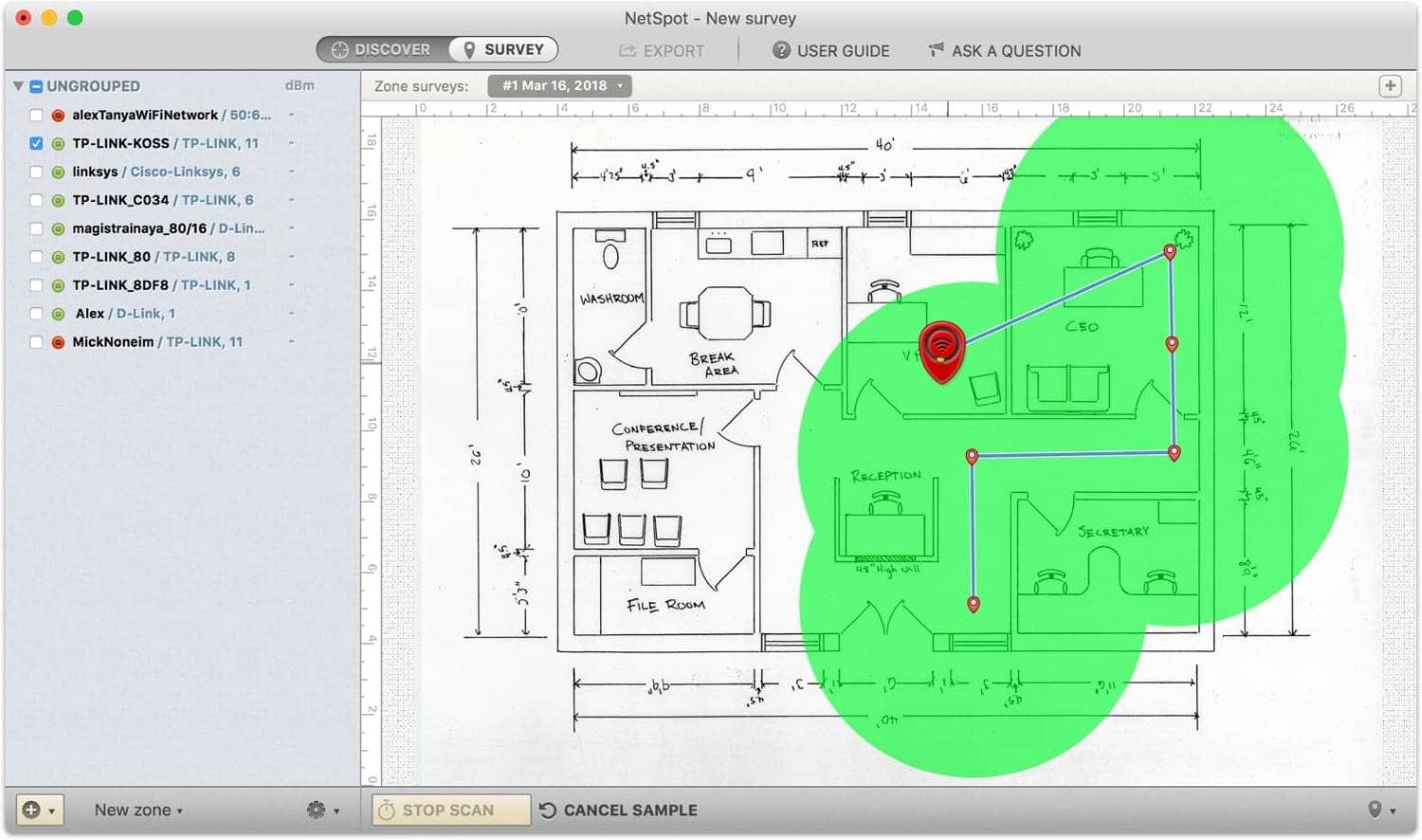 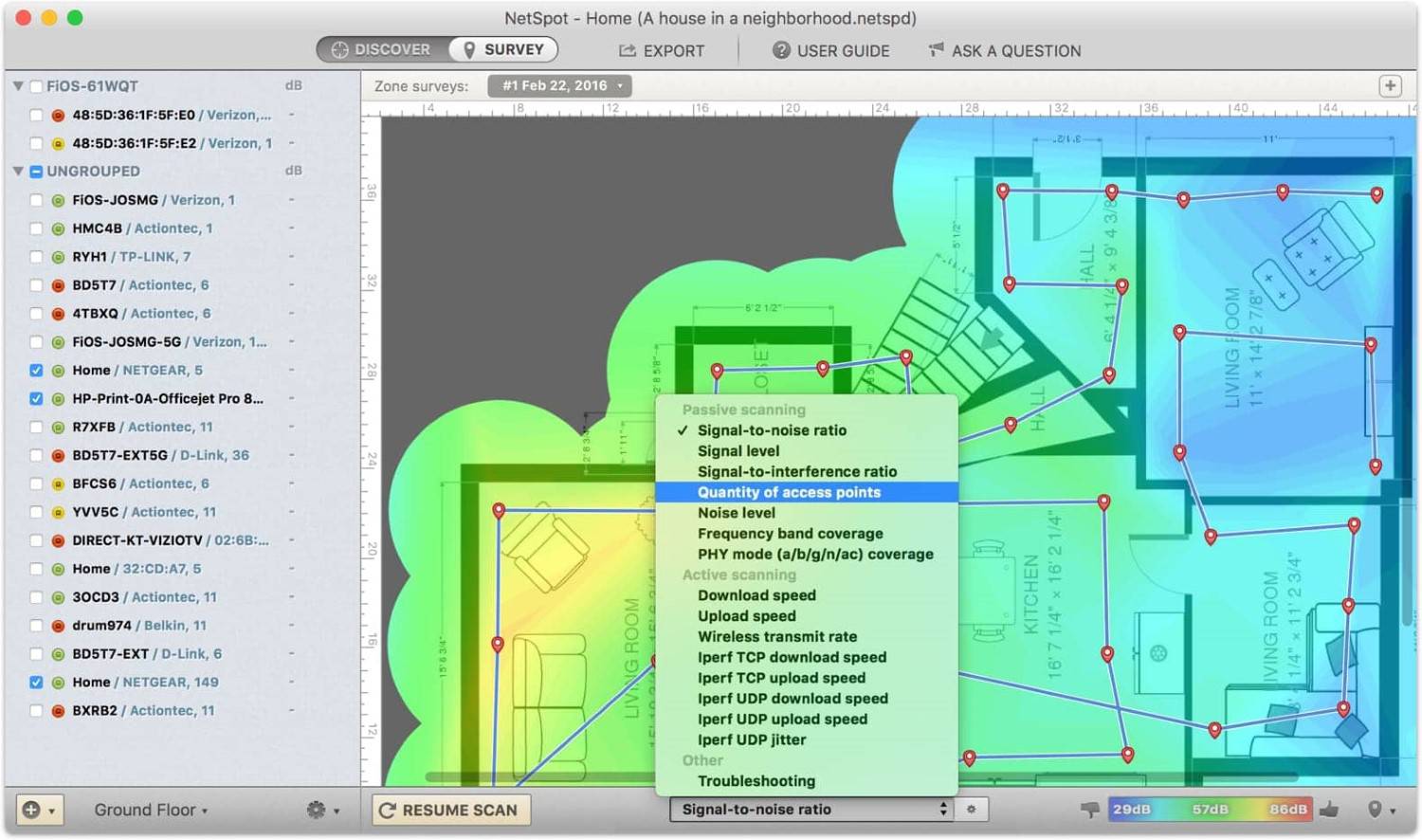 If you see areas with a weak signal, you know where to place WiFi boosters. We highly recommend you use NetSpot to verify that the installed WiFi boosters fixed the original issue and improved your signal strength.

With NetSpot, you don’t need an expensive technician to make wireless connection drops a thing of the past. NetSpot is so easy to use yet so capable that anyone can instantly become a network expert and see where the problem is.

With NetSpot Pro, you’ll never miss a beat, post, or important email even when your Internet is acting up.
Jeffery Battersby
BoingBoing
WiFi Booster – FAQs
What Is a WiFi Signal Booster?

You might know it as a WiFi signal Booster, a WiFi extender or a WiFi amplifier — a device similar to your home or office router — its job is to receive a wireless signal from a router, boost it, and then broadcast it further. The amplification part is crucial one here, as it helps extend stronger, steadier signal to all areas of your home or office.

How to Select the Best WiFi Booster?

Before getting a new WiFi booster it is best to identify which areas in your home or office require a wireless signal boost. A WiFi site survey app like NetSpot will help you identify the areas with the weakest signal and decide how many WiFi boosters you will need to eliminate dead zones in your network.

A more powerful booster will cost more than a weaker device with less features, but in the long run it is worth the investment. Standalone wireless boosters with external antennas are preferable to plug-in boosters with integrated antennas, because they provide a better signal. It is also recommended to look at newer models of WiFi boosters with the support for latest technologies.

How to find a perfect location for your WiFi booster?

NetSpot can help you find the best placement for WiFi boosters by showing you where the signal is weak or absent completely. To create a visual heatmap of your wireless network signal in NetSpot, follow these steps:

Read next in All about Wi-Fi Extenders, Boosters

If you want to get more information about Wi-Fi, check out the following articles about Wi-Fi Extenders, Boosters etc.