How to Increase WiFi Speed

In most cases, it’s only when websites and online videos suddenly take ages to load and buffer when we start to wonder how to increase WiFi speed, and if you’re in that situation right now, this article is for you.
top choice
Get NetSpot

Don't settle for a decent Internet connection, NetSpot ensures a consistent WiFi speed.
Get NetSpot
Jump to...
What Is WiFi Speed?
What Can Influence Your WiFi Speed?
How to Increase WiFi Internet Speed Permanently?

What Is WiFi Speed?

Before we explain how to increase speed of WiFi networks, we first need to go over what WiFi speed really is. WiFi speed, typically stated in megabits per second (Mbit/s), corresponds to the rate at which data packets can be transferred in a given direction between the user and the WiFi router.

The communication protocol used in most routers and consumer electronic devices is IEEE 802.11. The base version of this protocol was released in 1997, and several revisions have been released since then, each introducing a variety of improvements, including a higher maximum WiFi speed.

In practice, however, it’s sometimes useful to blur the distinction between WiFi speed and download/upload speed. There are many factors besides the underlying protocol that can influence your WiFi speeds, and they are what you should pay attention to if you’re wondering how to increase speed of WiFi routers.

What Can Influence Your WiFi Speed?

The placement of your WiFi router can have a significant impact on your WiFi speed, and changing it is often the easiest way how to increase speed of WiFi. Even though they may not be visible, your WiFi router has antennas that transmit and receive data packets to and from the devices that are connected to it.

When these data packets encounter an impenetrable obstacle, such as a brick wall or a large metal appliance, they may lose their energy and not reach their target. But even lesser obstacles can negatively affect their ability to reach their target, which results in slowdowns and buffering.

That’s why you should always position your WiFi router as far away from obstacles as possible and as close to the center of the area you wish to cover with WiFi signal as possible. 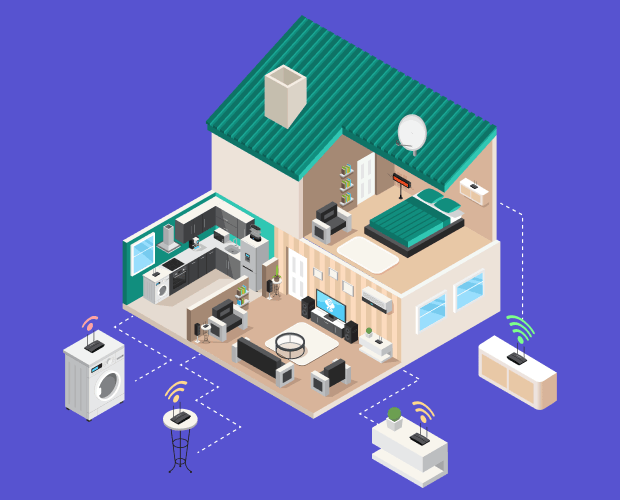 Select a Good Place for Your Router

To find the perfect place for your WiFi router, we highly recommend NetSpot, a professional app for wireless site surveys, Wi-Fi analysis, and troubleshooting that runs on both macOS and Windows.

With NetSpot, you can create a heatmap of your local area to visualize where exactly you should place your router to achieve optimal coverage and how to increase WiFi internet speeds. The heatmap highlights all signal weakspots and reveals the sources of interference in a way that doesn’t require any expert knowledge to comprehend.

Besides the right place, you should also find the right wireless channel. The WiFi frequency spectrum is divided into several channels, which are like the lines on the highway. If there are too many cars in a single line, the traffic slows down to a crawl and traffic jams may occur.

Similarly, if you and your neighbors are all on the same WiFi channel, your WiFi router may be interfering with theirs and causing your WiFi speed to decrease. NetSpot’s Discover Mode takes a quick snapshot of all wireless activity around you, showing you which networks are on the same channel as yours and helping you choose a channel with a little interference as possible. If you want to increase WiFi speed, always use the least occupied WiFi channel. 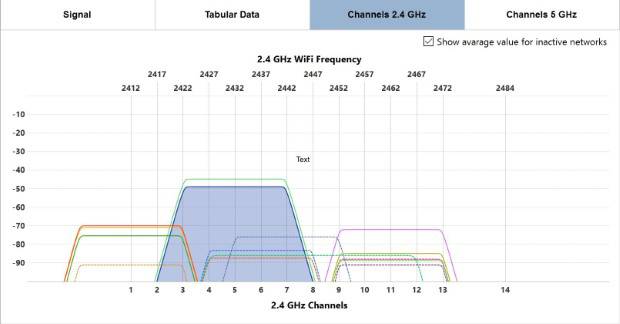 Of course, your WiFi speed is also influenced by the current network utilization. If multiple people on the same WiFi network simultaneously play video games, stream movies, and download large files from the internet, the quality of everyone’s experience is likely to suffer.

Routers with MIMO and QoS (Quality of Service), a feature that lets you prioritize internet traffic according to your needs, can help combat the negative impact of traffic spikes, and, in some cases, they are the only option how to achieve decent WiFi speeds.

Upgrading to a modern WiFi router with support for the latest wireless technologies is the most guaranteed way to increase WiFi internet speed. Such upgrade may be costly, but, depending on how old your current router is, the difference may be dramatic.

But even the best WiFi router on the market can’t be utilized to its maximum capacity unless it’s placed in the right spot. To avoid guesswork, we recommend using a professional wireless analysis software solution such as NetSpot. With a few simple clicks, NetSpot can reveal all the places of signal weakness and help you find a better place for your WiFi router.

NetSpot is also useful for verifying that your new wireless router is performing according to your expectations. Modern routers come with a myriad of features, and it’s sometimes difficult to determine which are truly useful and which are not, without a WiFi analysis tool such as NetSpot. In our dedicated and carefully curated article you can find even more recommendations on how to get faster WiFi.

Considering that NetSpot can be downloaded for free and used on any Windows or Mac computer without expert knowledge, there’s simply no reason not to use it to make the most out of your existing wireless internet connection.

If you want to dive deeper into this Wi-Fi thing, check out the following articles about Wi-Fi security, the best apps for wireless networking, inflight WiFi, etc.
Why is my WiFi so slow and how I can fix it
Learn more
Why is My Internet So Slow [Solved]
Learn more
Choose the best WiFi booster apps for Windows
Learn more
Get NetSpot for Free
Wi-Fi Site Surveys, Analysis, Troubleshooting runs on a MacBook (macOS 10.10+) or any laptop (Windows 7/8/10/11) with a standard 802.11a/b/g/n/ac/ax wireless network adapter.
Get NetSpot