Learn more about WiFi amplifiers, and find out the difference between wireless amplifiers, WiFi repeaters, and extenders. 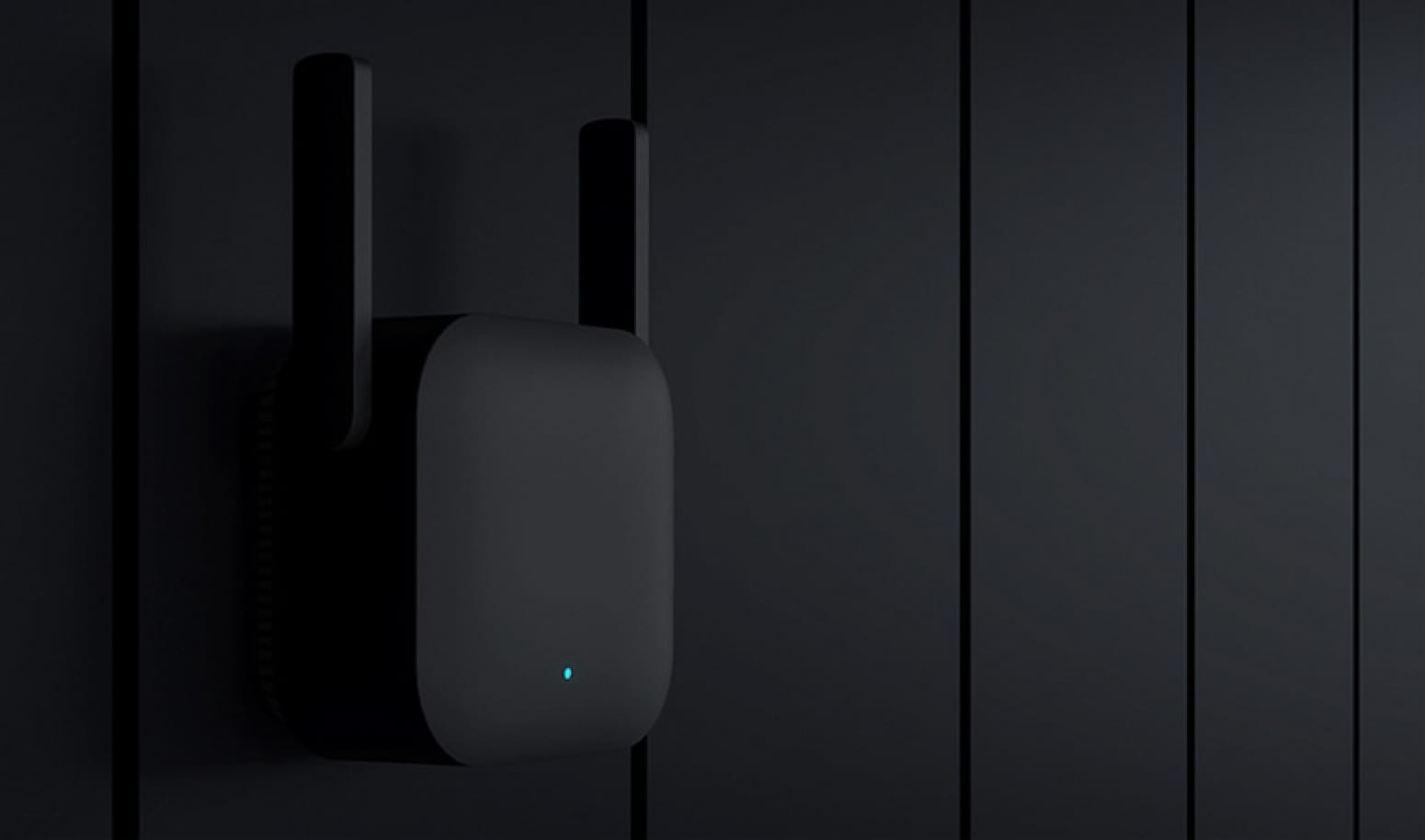 How Does a WiFi Signal Amplifier Work

Routers supplied to customers by Internet service providers tend to be underwhelming both in terms of their performance and in terms of their reliability, and, with so many people wirelessly accessing the Internet at the same time, interference is a major problem.

For these and other reasons, end users are often forced to take matters into their own hands and turn to one of the several available solutions for boosting WiFi signal. Among these solutions are WiFi amplifiers, clever devices that offer significant improvement in operating range and performance of wireless networks.

A major factor that influences how far a router can transmit a strong WiFi signal is its transmission power. More specifically, equivalent isotropically radiated power (EIRP). Most routers with an advanced settings menu give users the option to adjust the power in percentages, but it’s never possible to go above 100 percent. Lowering the power is useful for security purposes and for avoiding needless interference with nearby wireless networks. Simply put, the lower the power is, the shorter distance will the wireless signal travel.

All the amplifier does is electronically boosting the wireless signal coming from the router and outputting it to the connected antenna. In a sense, it works just like a megaphone. Wireless amplifiers are completely autonomous, meaning they don’t require a WiFi amplifier app for configuration — once an amplifier is installed, it just works.

Wireless Amplifier Versus Other Solutions

Often, extenders and repeaters are designed to be completely wireless. They simply plug into any standard wall electrical outlet and can be configured via a smartphone app. Usually, it’s enough to provide the extender with valid login credentials for the main WiFi network, and it will take care of everything else automatically.

Wireless extenders and repeaters never exceed equivalent isotropically radiated power limits. They’re designed to be placed on the outskirts of a WiFi network, where the signal is naturally the weakest. There, they receive the weak signal, amplify it, and broadcast it with the same strength as the router from which the signal originated.

Reading a WiFi amplifier review won’t tell you whether you should go with an amplifier or an extender. Both can easily accomplish what they’re designed to do. Amplifiers are better suited for amplifying a WiFi signal coming from outside antenna, while extenders are perfect for extending the coverage of a home wireless network.

Installing a WiFi Antenna Amplifier with the Help of NetSpot

Before investing money into any networking equipment, it pays off to check the WiFi coverage using a professional application for wireless site surveys and WiFi analysis. NetSpot is an excellent choice because it works both on macOS and Windows and is incredibly easy to use.

NetSpot offers two equally straightforward ways how to find and analyze wireless networks and discover areas of weak signal coverage. The Discover mode is the fastest of the two methods. It’s available from the main application window and, when activated, takes a snapshot of all available wireless networks. Each network can be viewed in detail to see how it’s encrypted, how strong its signal is, and so on. 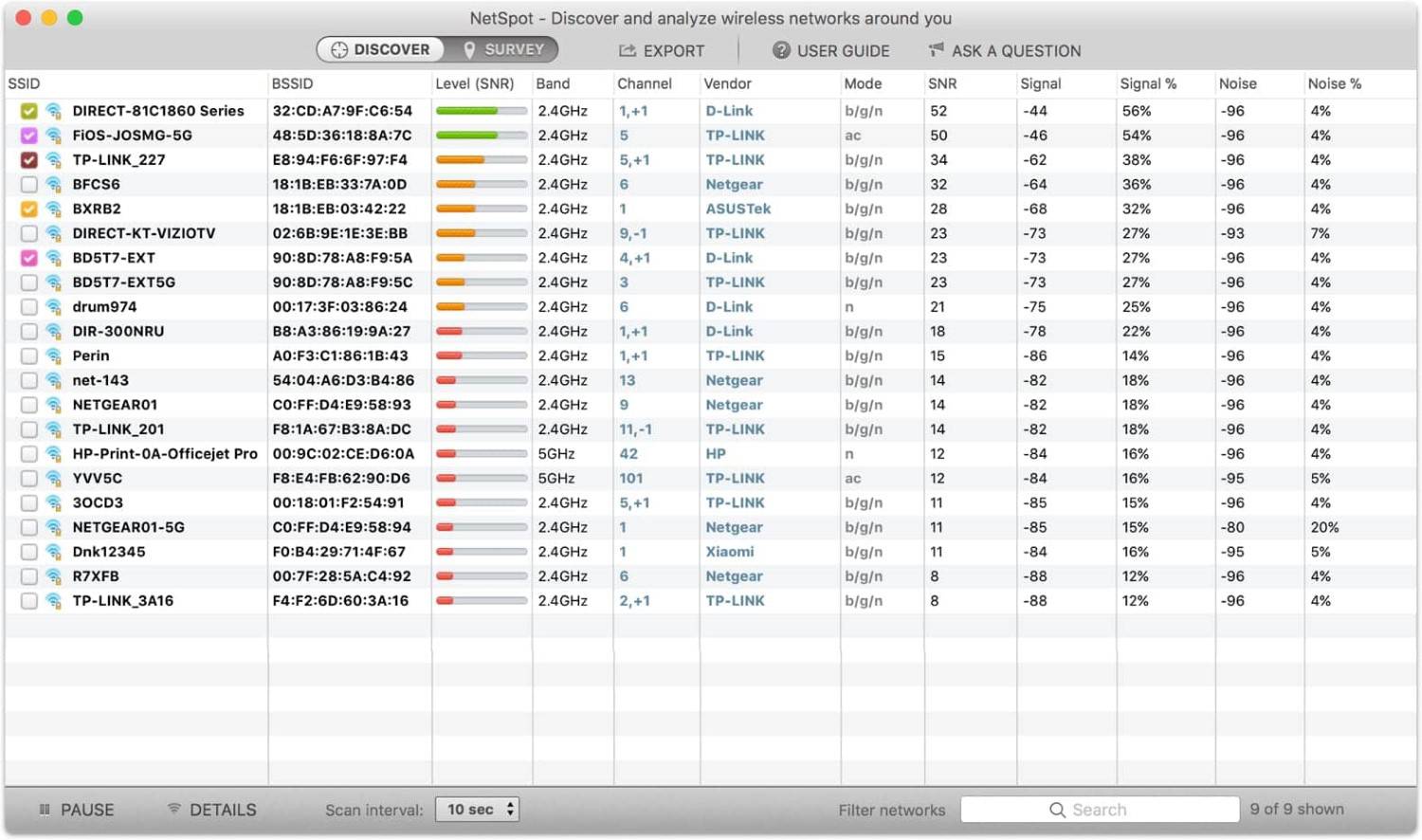 The other method is called Survey mode, and its purpose is to create a detailed and accurate WiFi coverage heatmap that clearly shows there the signal is strongest and where it is weakest. To use the Survey mode, you simply create or upload a map of the area you want to survey and walk from one point one to map to another until you cover the entire map. NetSpot provides guidance throughout this process, so there’s nothing to be afraid of. 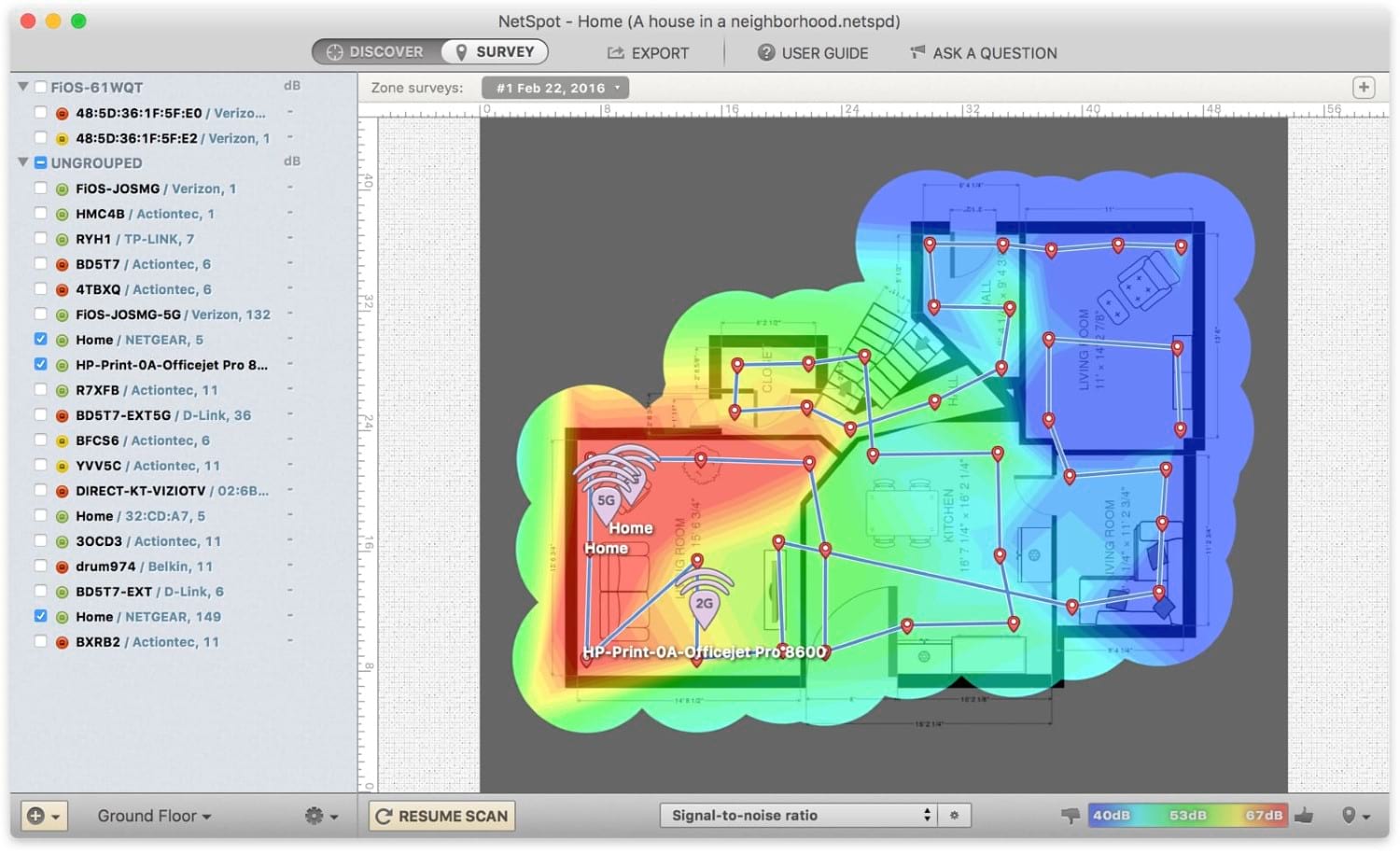 With NetSpot, you can support your purchase of new networking equipment with concrete data and reliable information. The chances are that you will discover that a simple change of the router placement is enough to solve your WiFi problems. Or you may discover that your newly purchased WiFi amplifier isn’t performing up to its specifications, prompting you to return it and purchase a different one.

With NetSpot Pro, you’ll never miss a beat, post, or important email even when your Internet is acting up.
Jeffery Battersby
BoingBoing
WiFi Amplifier – FAQs
What is a WiFi Signal Amplifier?

WiFi amplifiers are the devices for boosting and amplifying the existing wireless signal, thus improving the operating range and performance of WiFi networks.

How Does a WiFi Signal Amplifier Work?

WiFi signal amplifiers look and work practically the same: they are compact boxes with antennas plugged into a power outlet. As soon as an amplifier is plugged in, it receives the wireless router signal and boosts it to pass it on. Wireless amplifiers don’t require any apps for configuration — once installed they start working.

What is the difference between WiFi extenders, repeaters, and amplifiers?

Even though the terms WiFi extender, repeater and amplifier are often used interchangeably, amplifiers work differently than repeaters and extenders. WiFi extenders and repeaters are essentially another type of routers with two antennas — one receives a WiFi signal and the other transmits it.

Read next in All about Wi-Fi Extenders, Boosters

If you want to get more information about Wi-Fi, check out the following articles about Wi-Fi Extenders, Boosters etc.