The Optimum internet service is provided by Altice USA, an cable television provider with headquarters in New York City. The service is available in the Northeastern United States, attracting customers with affordable internet plans, high speeds, and unlimited data.
top choice
Get NetSpot

There are, however, some important downsides you need to know to decide if Optimum is the right choice for you.

Optimum operates a fiber/cable hybrid network, and your location determines which plans are available to you. Here are some popular Optimum internet plans to show you what this internet service provider has to offer:

As you can see, Optimum internet packages cover a wide range of speeds, and they are all unlimited and don’t require you to sign a contract.

At the time of writing this review, Optimum Fiber internet service is available to roughly 1 million homes. If you’re among them, then Optimum’s value proposition is much higher because you get to enjoy the same download and upload speeds.

Those who are limited to Optimum plans for cable internet can get high download speeds at reasonable prices, but upload speeds always leave a lot to be desired. For example, the Optimum 1 Gig plan, which costs $79.99 per month, offers the maximum upload speed of only 35 Mbps, and that’s really not much at all in the day and age of high-definition video conferencing.

That’s why we think it makes more sense to go with the more balanced Optimum 300 plan instead. For just $39.99 per month, you can get 20 Mbps upload speed and 300 Mbps download speed. A plan like this should be more than enough for all regular users, and it can handle even multiple household members watching Netflix at the same time.

Another great option is the Optimum Advantage Internet plan. This plan is available only to select groups of customers, including households with students, seniors, and veterans. It costs $14.99 a month and comes with free installation and equipment. There are also discounted Optimum internet plans for existing customers, so keep that in mind if you decide to become one. Business customers can choose from Optimum Business plans, all of which come with 24/7 dedicated business support.

The good news is that you always get what you pay for, at least according to FFC’s Fixed Broadband Report, which revealed that Optimum customers on average received 114.21 percent of the Optimum internet speeds that they were advertised.

Optimum operates only in the Northeastern United States, namely New York, Connecticut, New Jersey, and Pennsylvania. You can find a detailed list of all areas where Optimum fiber and cable internet is available on its website. 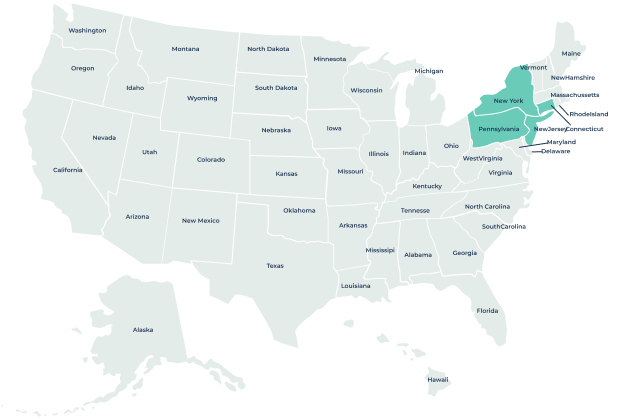 As we’ve already explained, Optimum internet primarily uses a cable network, and only around a tenth of Optimum locations get fiber internet service.

Optimum continues expanding its fiber network at a rapid pace, but it will still take some time before most of its customers can say goodbye to slow upload speeds.

The prices Optimum advertises on its website are a bit lower than what customers actually pay each month because they don’t include the equipment rental fee of $10.00 a month.

They also automatically increase once the promotional period is over, but we can’t really tell you by how much because Optimum doesn’t make this information publicly available. In the past, increases ranged from around $15 to $30 per month.

There’s also the Optimum Network Enhancement fee, which costs $3.50 a month and is supposed to help the internet service provider improve its network infrastructure.

Optimum charges $99.00 for standard installation and $149.99 for premium installation, which includes professional Wi-Fi setup. We recommend you skip paid installation altogether and, instead, get a free self-installation kit by calling Optimum customer service.

You should also get a Wi-Fi site survey software like NetSpot so that you can easily determine the best place to install your Optimum modem and Optimum Wi-Fi extender (if you get one).

NetSpot is designed with the average user in mind, and it runs on Windows and macOS. Besides visualizing your Optimum Wi-Fi coverage, you can use it to determine the best settings for your Optimum router by collecting detailed information about other networks in your area.

Make sure to run an Optimum internet speed test before and after you use NetSpot to see how much your speeds have improved.

Optimum internet can be bundled with Optimum TV packages, but don’t expect to save a whole lot of money. In fact, you might be better off getting the Optimum 1 Gig plan because it comes with a streaming device called Optimum Stream for free. Alternatively, you can get the streaming service with any other plan for $5 a month.

You can get in touch with Optimum’s customer service by:

Unfortunately, there’s a good chance that you’ll need to contact Optimum customer service sooner rather than later. The American Customer Satisfaction Index gives Optimum a customer satisfaction score of 60 out of 100. That’s not too bad on its, but the much larger problem is that the number has been steadily declining for some time.

Other Altice USA brands, Suddenlink and Frontier Communications, have similarly poor customer service, so it seems that Optimum’s parent company simply doesn’t consider customer service quality to be all that important. It’s customers see things differently, and they’re vocal about it.

Optimum has the worst costumer service I've ever encountered in this country. They only care about how much money they can take our of your pocket, even though their service is overpriced I had issues with the internet connection multiple times and they were never able to resolve it.
• Anna FS

Optimum is without a doubt the worst service provider in terms of product and customer service. Appalling, disgraceful, despicable. Never sign up with this company.

Optimum’s cable and fiber-optic internet plans offer a lot of value at reasonable prices. We appreciate that they don’t come with data caps and contracts, but there are a few potentially surprising expenses to keep in mind.

By far the biggest downside of this internet service provider is how poor the quality of its customer service is. What’s worse, Optimum internet customer service satisfaction numbers have been on the decline for some time, and the trend is showing no signs of reversal.

What is the cheapest Optimum internet package?

The cheapest Optimum internet package is called Optimum Advantage Internet. It costs $14.99 a month and offers download and upload speeds of 50 Mbps and 3 Mbps respectively.

Which Optimum Wi-Fi is best?

If you’re interested in the best Optimum Wi-Fi plans, then the 1 Gig internet plan should be your top choice because it comes with a better router capable of covering a large area with a strong internet connection.

How much is Optimum’s best internet plan?

The best internet plan Optimum has to offer, the 1 Gig plan, costs $79.99 per month plus the equipment rental fee and the Optimum Network Enhancement fee.

Which Optimum speed is best?

With the 1 Gig plan, you can enjoy download speeds of up to 940 Mbps. If you live in an area where the fiber version of the same plan is available, then you can also get the same blazing-fast upload speed.