Let’s face it: you want fast wireless Internet access, and you want it everywhere.
top choice
Get NetSpot

It’s no longer good enough to connect wirelessly indoors when there’s a whole world outside to explore and enjoy if only you could keep up with your Twitter feed and post pictures on Snapchat at the same time, which is exactly what outdoor WiFi range extenders and access points allows you to do.

Jump to...
How to Extend WiFi Range Outside?
How to Measure WiFi Range?
Top 3 Best Outdoor Wireless Access Points and Extenders

How to Extend WiFi Range Outside?


There are several ways how to extend WiFi range outside. If you live in a house and would like to connect to the Internet when relaxing in your backyard, a new router might be able to cover your entire house and your backyard with a strong and stable WiFi signal.

Modern high-end routers have several antennas that allow them to transmit a WiFi signal over long distances and communicate with multiple devices at the same time. They also support beamforming technology, which improves signal strength and transmission speeds by directing the signal to individual devices connected to the router.


But if you’re happy with your existing router, an outdoor WiFi extender might be a cheaper solution. A WiFi extender has two antennas — one for capturing wireless signals and the other one for transmitting them after they have been amplified by the extender. You connect a WiFi range extender to your existing wireless network and position it somewhere between your wireless router and the place you would like to extend your wireless network to.

An outdoor WiFi mesh network removes the need to switch between networks by creating a single network made up of radio nodes organized in a mesh topology. Data packets in a mesh network can be transmitted dynamically and non-hierarchically to as many other nodes as possible to find the most efficient route.

What’s more, outdoor mesh networks can be easily extended, and modern mesh network solutions have made very easy for anyone to create a mesh network at home.

How to Measure WiFi Range?

We recommend NetSpot because it is trusted and praised by professionals

To choose which method for extending WiFi range outside is the best for you, you should first measure the range of your existing WiFi network using a WiFi analyzer app such as NetSpot. We recommend NetSpot because it is trusted and praised by professionals and home users alike, works on both macOS and Windows, and can be downloaded for free.

With NetSpot, you can easily create a comprehensive WiFi site survey to discover how far your network reaches and where signal dead spots are located. Ideally, you should extend your WiFi network to cover the entire area you want to cover and not much farther than that. Extending your WiFi network too much would leave you vulnerable to more attackers than necessary. 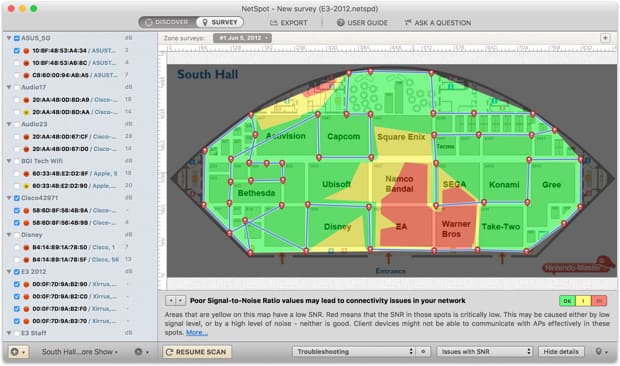 Every time you make an adjustment, make sure to use NetSpot to check whether the result of the adjustment was positive or negative. Wireless signals are influenced by many different factors, and it’s not always possible to predict which adjustments are going to yield positive and which are going to yield negative results.

The EnGenius ENH1750EXT is a very capable outdoor access point with six detachable antennas and two Gigabit Ethernet ports with PoE (Power over Ethernet). The support for PoE means that you need only one cable to both power the access point and transmit data to it. The second Ethernet port can then be used for connecting an IP camera, computer, or additional access point.

The EnGenius ENH1750EXT is IP68-rated, which means that it’s deemed fit enough to withstand dust, dirt and sand, and is resistant to submersion up to a maximum depth of 1.5 m underwater for up to thirty minutes. 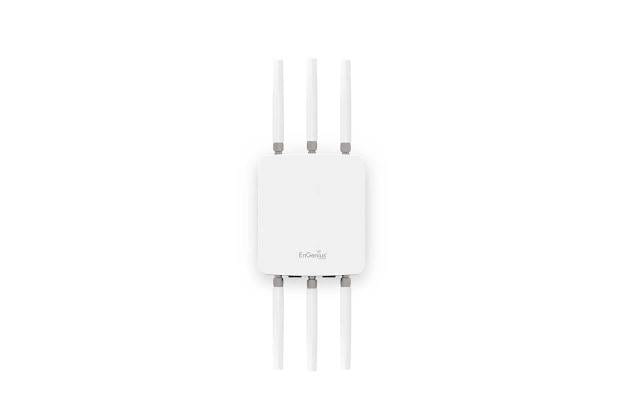 The access point supports both the 2.4 GHz as well as the 5 GHz band and transmission speeds of up to 1,300 Mbps. It can use both bands at the same time to optimize bandwidth and deliver the strongest signal possible to all devices that support the 5 GHz band.

The Orbi Satellite is more than an outdoor router or outdoor access point — it’s a full-fledged tri-band WiFi mesh system that’s perfect for anyone who’s ready to say the last goodbye to deadzones. Because the Orbi Satellite mesh system has been designed with regular users in mind, its installation is completely painless, and its setup is done from a convenient mobile app, the NETGEAR Orbi app. 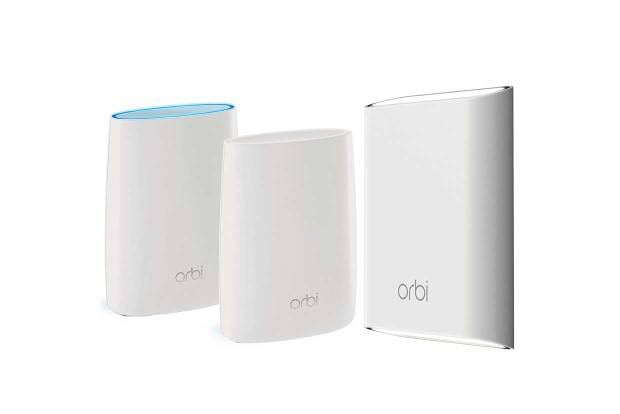 Two Orbi Satellites can cover up to 5,000 square feet, and you can easily extend your Orbi mesh network with additional Satellites or other Orbi-compatible products from NETGEAR, such as the company’s small wall-plug WiFi extender. Orbi Satellites are splash-proof and ready to be mounted to a pole or installed on a wall.

The Ubiquiti UAP-PRO outdoor WiFi access point supports the latest 802.11ac WiFi standard and 3x3 MIMO technology, which allows it to use multiple transmitters and receivers to transfer more data at the same time.

Despite its fondness for cutting-edge wireless technologies, the UAP-PRO access point is as elegant and discreet as wireless access points get, featuring a refined industrial design that is guaranteed to look equally great inside your house and outside. Thanks to the UniFi Controller v4 software, the Ubiquiti UAP-PRO is ready for high-density client deployments and unlimited scalability. 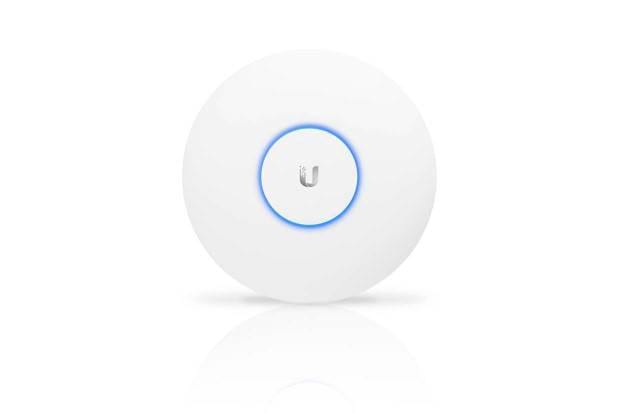 This enterprise-class software remains very easy to use even though its range of capabilities far exceeds that of an ordinary WiFi access point. You can remotely access the UniFi Controller to upgrade deployed UniFi APs while in the field or utilize the latest wireless technologies with a click of a button.

If you want to dive deeper into this Wi-Fi thing, check out the following articles about Wi-Fi security, the best apps for wireless networking, inflight WiFi, etc.
A new Google Wifi modular home WIfi system
Learn more
WiFi mesh networking and how it improves your connectivity
Learn more
A Full List Of The Best WiFi Routers in 2021
Learn more

WiFi For Home: Deploy a WiFi Network And Optimize It In No Time
WiFi security: detect who is using my WiFi network
WiFi Deployment: A Complete Guide To Build A New Network
Try out the best WiFi monitoring software
Select a USB WiFi Adapter with NetSpot
Check out how to kick people off your WiFi
Check out the list of best WiFi routers for long range
Check the List of Top 5 Best WiFi Scanner Apps for Windows
Top 5 best WiFi heatmap software for macOS and Windows
Get an insight into home networking with NetSpot
Check the best WiFi analyzer apps for iOS
Setup WiFi networks with NetSpot WiFi planner
Hidden Network: What It Is and How to Discover One
Get NetSpot for Free
Wi-Fi Site Surveys, Analysis, Troubleshooting runs on a MacBook (macOS 10.10+) or any laptop (Windows 7/8/10) with a standard 802.11a/b/g/n/ac wireless network adapter.
Get NetSpot