NetSpot ensures your wireless router will be at its best capacity

If you are often experiencing the loss of Wi-Fi signal at your house and dead spots are driving you crazy, it may be about time to get a new wifi router. 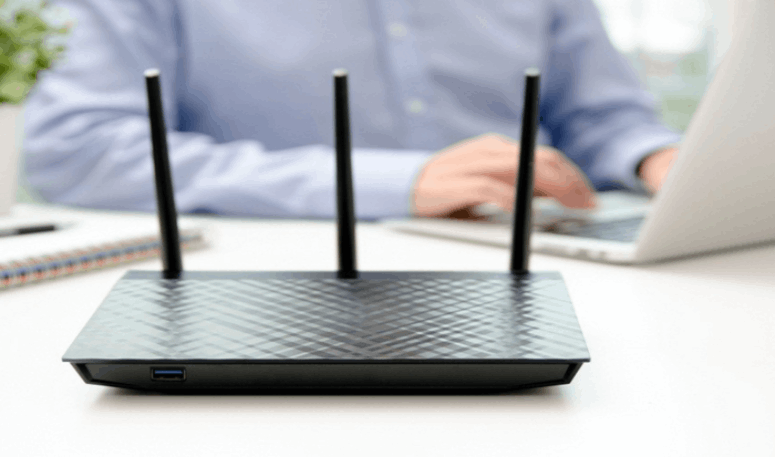 We are so used to have a home Wi-Fi network so we often don’t even think of the challenges it faces.

Are you having issues with your Home WiFi?

With all online video gaming, 4K video streaming going on, plus tons of high-end mobile devices trying to connect to network at once, older routers are just not making the cut anymore.

Get the most out of your WiFi router with NetSpot.

How to choose a proper wireless router

It may be quite overwhelming to shop for wireless routers and then to set them up. So no one is willing to mess with WiFi even if it is not working properly. However there is always a point when you can’t take it anymore and need an upgrade. Follow three simple tips to go through a smooth router replacement.

First of all, make sure your new wireless router features 802.11ac (or Gigabit Wi-Fi) support. Even at the very base level, 802.11ac offers 1300Mbps throughput. That is more than two times faster than the older standard and actually works with older devices. 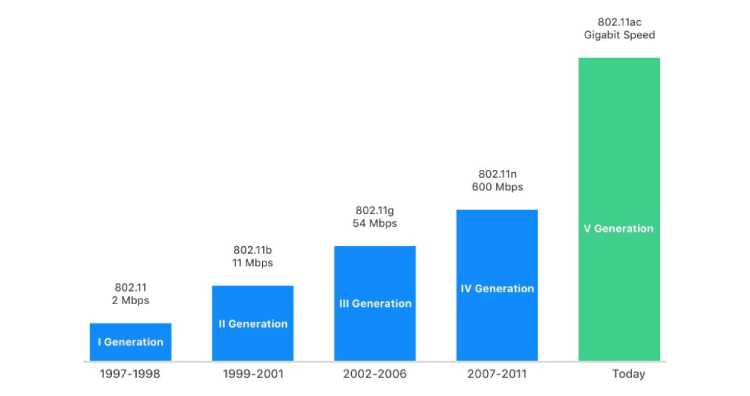 The Wi-Fi standard is called 802.11 followed by a, b, g, n or ac, the letters are aimed to explain the version with the latter being the fastest and the first one being the slowest. The versions are all forward and backward-compatible.

The 2.4 GHz radio is called the N radio, and the 5 GHz one is the AC radio. This way the devices that support 802.11n or the newer 802.11ac have two ways of transferring the data and while the old band is more limited in terms of speed, while the newer band allows faster speeds.

This comes in handy for such devices like NAS, media streaming server, gaming laptop, etc. Thanks to the wider band these devices can work on a higher speed with the least lag. Other devices as smartphones, tablets, and regular laptops that don’t need the highest speeds can work on the 2.4 GHz band and benefit from a greater operating range.

Almost all wifi routers offer the possibility to switch among different channels in their interface. But it is good to keep in mind that there are different WiFi networks operating on each channel, so switching from channel to channel may not improve the connection, in fact it can slow it down. However it can be worth trying as the majority of network operate on the default channel and that is often the same one.

There are special solutions that help you check the channel interference and swap the channels to the more appropriate ones for every connection. We highly recommend you to download NetSpot that will provide you with the chart of channels and can switch your network to the recommended one. This will help improve network speed when interference is the issue. 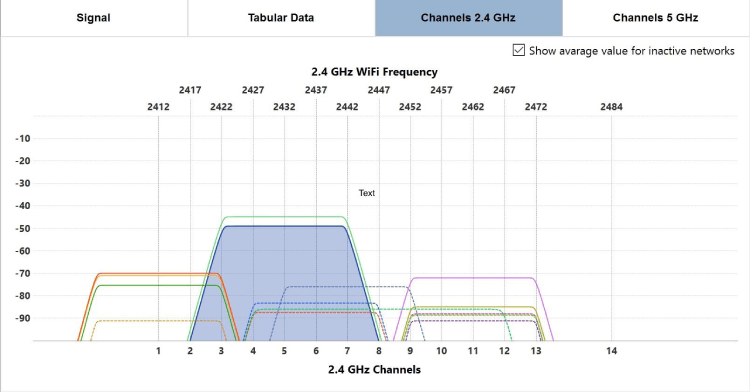 Different versions of the protocols are not hard to differentiate from each other, however classes can be tricky. The way wireless routers are named additionally to the manufacturer’s name and model branding there will be a part that is a model name that is common to many wireless routers by different manufacturers. The router’s Wi-Fi version in uppercase (A, B, G, N or AC) is followed by a three or four-digit number that stands for the router’s class.

A class 1200 Wi-Fi 802.11ac router has the AC1200 designation, and a class 900 Wi-Fi 802.11n router — the N900, regardless of its manufacturer. These numbers are important as they are based on the maximum link speed supported by this router. Most of the time, the higher this number, the faster the router is. However it is not always a 100% success to just get the highest class router as you want your devices to be able to work with this router and some may not support it yet.

For a simultaneous dual-band router’s class the numeric part is not an actual link speed. AC1200 does not mean 1200 Mbps speed; it is in fact the combination of the router’s link speeds on both 2.4 GHz and 5 GHz bands, which makes it 300 Mbps and 867 Mbps respectively.

The chart below displays the maximum link speeds of modern simultaneous dual-band router classes on each band. Remember that these speeds are the theoretical maximum at which your devices could connect to the router given the ideal conditions.

As it is meant to be, every new update in technology suggests improvements, which is exactly true for the range of WiFi routers from 802.11a up to 802.11n. However the switch to 5 GHz from N onward will in reality reduce the range due to the higher frequency limitations for obstacles. Within the range for both N and AC, you’ll get a higher speed at the same distance on AC rather than on N.

There are way more factors involved in determining a router’s range. It matters how hardware is built, the way the WiFi router antenna is connected, the quality of the antenna, etc. Most high quality routers in N mode should cover 150 feet indoors and 300 feet outdoors, with range in AC mode, it is the less connected devices, the higher the range.

Before obtaining a WiFi router, get an idea about its range, either by testing it out yourself if you have the possibility or by reading the reviews for it. There is a possibility to increase the WiFi router range that you already have at home by replacing its antenna(s) with higher-range one(s). Of course this will only work for routers with detachable antennas. 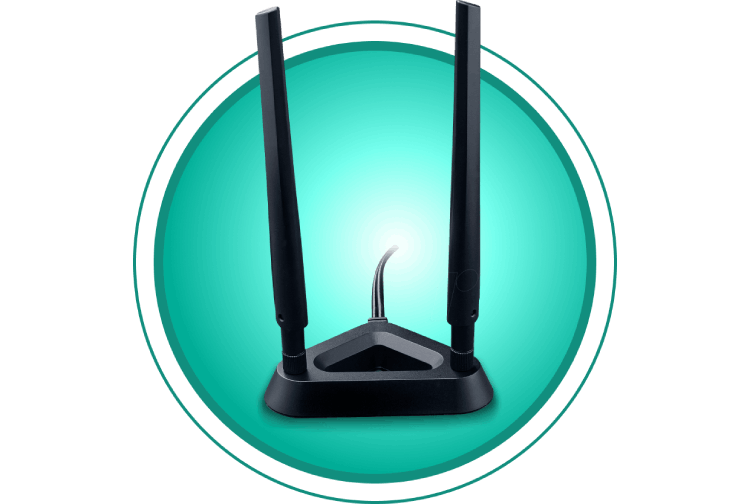 6. The number of simultaneous connections

You should also consider the maximum amount of devices that your WiFi router allows to connect at a time. N routers offer up to 30 concurrent clients, while the AC routers offer much higher number, closer to 100. For general purposes 30 should be quite enough, but for a place of higher attendance, an AC is a better option.

There are WiFi routers that help you control how much your kids are exposed to the information on the Internet, allow managing access based on time, offer guest access for your visitors that don’t need to know your primary WiFi password.

The location of the wireless router is rather important too. Even gentle movements make difference as the router is competing with various 2.4GHz and/or 5GHz devices. And did you know that the built and the materials used to build the house also affect the signal strength?

The router manufacturers take this into account and do their best to deliver aesthetically pleasing looks in their devices, smaller with no antennas sticking out of the body. If the WiFi router looks lovely you may be able to put it in the plain sight where the signal will be outstanding. 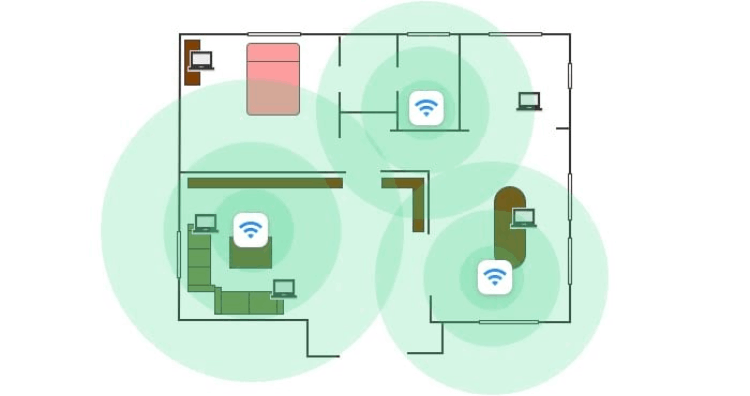 Ideally, go for the center of your house to get the maximum of Wi-Fi coverage and performance with any wireless router you choose. And with modern designs you can put it wherever it will provide you with the best coverage quality of all.

The perfect plan of building the perfect WiFi network is creating a WiFi heatmap of your home or office with NetSpot app, which will show you the dead zones and areas where signal degrades dramatically. 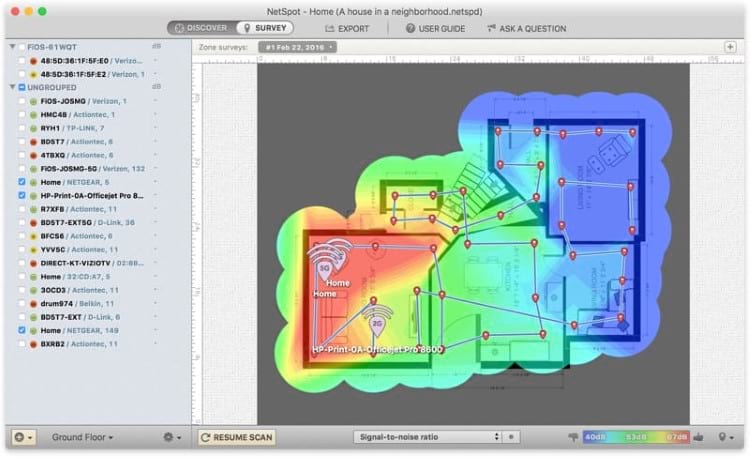 Once you have the heat map on your hands, start moving your wireless router around to see the ideal spot for it.

With NetSpot Pro, you’ll never miss a beat, post, or important email even when your Internet is acting up.
Jeffery Battersby
BoingBoing
FAQ
What are the benefits of the dual-band routers?

There are selectable and simultaneous dual-band devices. The first type lets you switch between the 2.4 GHz and 5 GHz bands, while the latter allows using both bands at a time, which becomes handy for devices like NAS, media streaming servers, gaming laptops, etc.

Devices that require higher connection speed will benefit from using the 5GHz band, while other devices, like smartphones, tablets, and regular laptops can use the 2.4 GHz band and benefit from a broader operating range.

Should I switch among different WiFi router channels to achieve higher speeds?

Not quite always. Even though almost all wireless routers offer the possibility to switch between channels in their interface, you need to remember that different WiFi networks might be operating on each channel, so switching back and forth may not improve the connection, but on the contrary slow it down, depending on the channel load. It is still worth trying to switch channels to find a less crowded one.

What is WiFi router range?

There are many factors that determine a router’s range: how the device is built, its type and quality of antenna, how many bands it can operate on, etc.

Every new update is supposed to bring improvements in the technologies you are using, and it proves true for WiFi routers with 802.11a standard up to 802.11n, as their signal travels farther and is steadier.

But it doesn’t work the same with 2.4 GHZ and 5GHz frequencies, as despite the higher frequency and less crowding, the 5GHz band doesn’t mean higher range, even though it does offer higher speeds. Dual-band and tri-band routers are the way to go, as they operate on both frequency bands and can cover all speed and range needs of your office or household.

What is the proper placement for your router?

A wireless router placement is an important factor in obtaining a great WiFi coverage. It can be affected by how your space is built and what materials are used in it. When just starting with your router placement, try putting it as close to the center of your home or office as possible.