The company was founded in 1962, and it has since launched a number of residential services, including its cable internet service, which is what this review is all about.


As you can see, Cox internet plans cover a wide range of price points, but not all of its plans offer the same value.

The cheapest Cox internet plan, called Starter 25, is our least favorite because it’s very expensive ($45 a month after the initial 1-year promo period) considering that it offers maximum speeds of only 25/3 Mbps.

Such speeds are acceptable only for casual web browsing, email, text- and voice-only messaging, and other lightweight activities. They are certainly not acceptable for HD and 4K video streaming, online gaming, and regular remote work.

The second least expensive Cox internet package is called StraightUp Internet, and it stands out from the rest because it doesn’t require a term agreement, credit check, or deposit. For $50 per month, you get to enjoy speeds of up to 50/3 Mbps, and there’s even a Wi-Fi modem included in the price.

Cox StraightUp Internet is great for short-term tenants or anyone who doesn’t want to commit for more than one month. Yes, more affordable and faster fiber optic and even DSL plans are readily available, but they almost always come with many strings attached to them.

The most cost-effective plan offered by Cox is the Ultimate 500. With this plan, your download speeds can reach up to 500 Mbps, and your monthly internet bill will be $100 after the first 12 months, during which you’ll pay only $80. That’s not bad at all considering that 500 Mbps is enough even for the heaviest internet users.

There’s also the Gigablast plan, which costs $20 more than the Ultimate 500 plan. As its name suggests, the plan comes with download speeds of up to almost 1 Gbps, but it’s held back by its mediocre upload speeds of just 35 Mbps.

Cox internet plans are available in the following regions:

In total, around 20 million people can sign up for Cox internet services, which are most prevalent in areas around major cities, such as Cleveland, Las Vegas, New Orleans, Phoenix, San Diego, and Wichita. 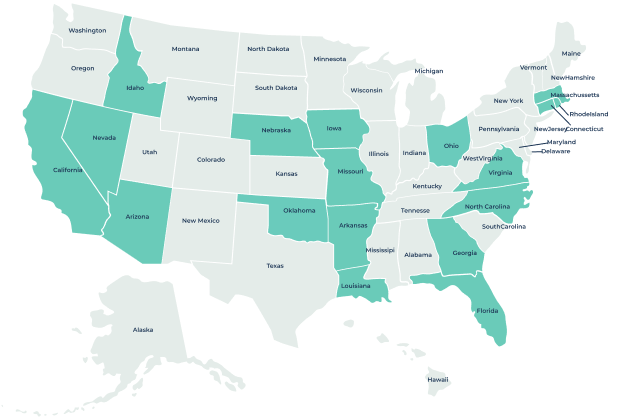 In addition to its Cox cable internet service, the company also operates a large network of more than 3 million hotspots around the country.

What’s interesting about the hotspot network is that Cox customers play a huge role in it because the company’s Panoramic Wi-Fi system, which all customers can get for an extra $12 each month, is enabled to work as a public hotspot by default, creating a separate network whose use doesn’t count toward the monthly data cap of 1.25 TB.

The good news is that you can manually disable the hotspot functionality if you want to enjoy the benefits the Cox Panoramic Wi-Fi system has to offer without sharing it with strangers (more about them in the next section). The router is available with all Cox internet plans—no need to pair it with specific Cox Wi-Fi plans or anything like that.

No Cox internet review would be complete without a section dedicated to hidden fees and attractive perks. Fortunately, there are not that many unpleasant financial potential surprises to cover.

All Cox internet plans except for the StraightUp Internet plan come with a 12-month promo period during which customers pay discounted prices for Cox internet services. You can also opt out of Cox internet contracts for an extra $10 a month, but keep in mind that doing so can make the available plans (some of which are already very expensive considering what they offer) uncompetitive.

As a Cox customer, you don’t have to pay an extra fee for a Cox router if you don’t want to because there’s a long list of Cox-compatible modems that you can use instead.

If you don’t have your own router, then you can add the Panoramic Wi-Fi system to your plan for $12.00 a month. The system offers excellent performance and coverage, which you can verify by running a Cox internet speed test or using a third-party tool like NetSpot.

In fact, you should use NetSpot anyway because the tool can quickly and easily reveal areas of signal weakness caused by poor router placement, and it can also analyze neighboring Wi-Fi networks to help you avoid issues with signal interference.

To improve your Cox speed test results even further, you can download the Cox Elite Gamer software to your computer and use it to automatically find a faster path to game servers in order to reduce lag, pink spikes, and jitter. The feature is free for all users of the Panoramic Wi-Fi system, and Cox customers who use their own routers can add it to their plans for $6.99 a month.

If you’re not a Cox business internet customer, then you should strongly consider the free Cox Easy Connect self-install kit because you would otherwise have to pay $100 for professional installation. Even if you have no previous experience with internet installation, you have nothing to be afraid of because the self-install kit comes with easy-to-understand instructions.

Should you ever decide to terminate your Cox internet contract early, you can expect to pay up to $120 in early termination fees.

You can get in touch with Cox’s customer service by:

According to the American Customer Satisfaction Index’s (ACSI’s) latest report, Cox internet customer service is rated 63 out of 100.

To put the number into perspective, the best internet service providers in terms of the quality of their customer service, AT&T Internet and Verizon, are rated 71 out of 100. On the other hand, the worst ISP, Suddenlink (Altice USA), has received just 55 points.

As such, Cox is slightly above average, and our experience with its customer service confirms this. You certainly won’t have a new horror story to tell after dialing Cox’s customer service number, but the call likely won’t exceed your expectations.

On BroadBandNow, Cox internet is rated 3.6 out of 5 based on the following six criteria: reliability, speed, equipment, support, interaction, and value.

Here are some examples of what Cox customers have to say about the service:


Made an honest mistake about not disconnecting my service when I moved. The manager listened, understood, and adjusted my bill accordingly. The cable and internet service was great as well. Good company. As a business professor, that's the kind of response made by companies that wish to do business in the future.

I called cox about our internet bill going up from one month to the next. The first time I called I was talking to a customer service representative and we got disconnected. I called a second time and had a longer wait time to talk to a customer service rep. This time, the rep was very helpful. He explained our bill and helped us get another discount, and explained how the discount works.
• Sherry

I was a Cox customer for 8 years in Kansas before we recently moved to Utah. They were very reliable and fast. Customer service was always great! I really wish Cox would come to Utah. Internet options here are limited and the market seems to be monopolized but one or two companies want to overcharge and under-deliver.

Do you live in an area with great Cox internet availability? Are there no fiber internet providers in your area? If you’ve answered “yes” to both of these questions, then don’t hesitate to see what Cox internet deals are currently available.

Because of how Cox internet pricing is structured, the most expensive plans actually offer the most value, allowing you to connect a large number of devices at the same time for around $100 a month.

The cheaper plans should be avoided unless there’s no other suitable alternative available. The only exception is the StraightUp Internet plan since it comes with absolutely no strings attached, making it great for those who don’t want to sign a contract or face early termination fees.

How fast should my Cox Internet be?

That depends on which Cox internet plan you choose. Generally, you should be able to achieve the advertised maximum download and upload speeds.

How reliable is Cox?

Cox is considered to be one of the more reliable internet service providers. Cox cable internet speeds and latency are not influenced by weather as is the case with Wi-Fi and satellite internet providers.

Is Cox internet good for streaming?

Yes, the Preferred 150 plan and its more expensive alternatives are suitable for streaming. The cheaper plans, such as Starter 25 or Essential 50, are not, however.

What is Cox fastest internet speed?

The fastest internet speed available to Cox customers is 1 Gbps. To enjoy this blazing-fast speed, you need to purchase the Gigablast plan.

Get NetSpot for Free
Wi-Fi Site Surveys, Analysis, Troubleshooting runs on a MacBook (macOS 10.10+) or any laptop (Windows 7/8/10) with a standard 802.11a/b/g/n/ac wireless network adapter.
Get NetSpot