Google Wifi replaces a WiFi router in your home

It really is a challenge to get a good Wi-Fi coverage unless your access point can be placed in the center point of the building and the building itself doesn’t have a lot of thick walls and metal that will mess with the signal strength. 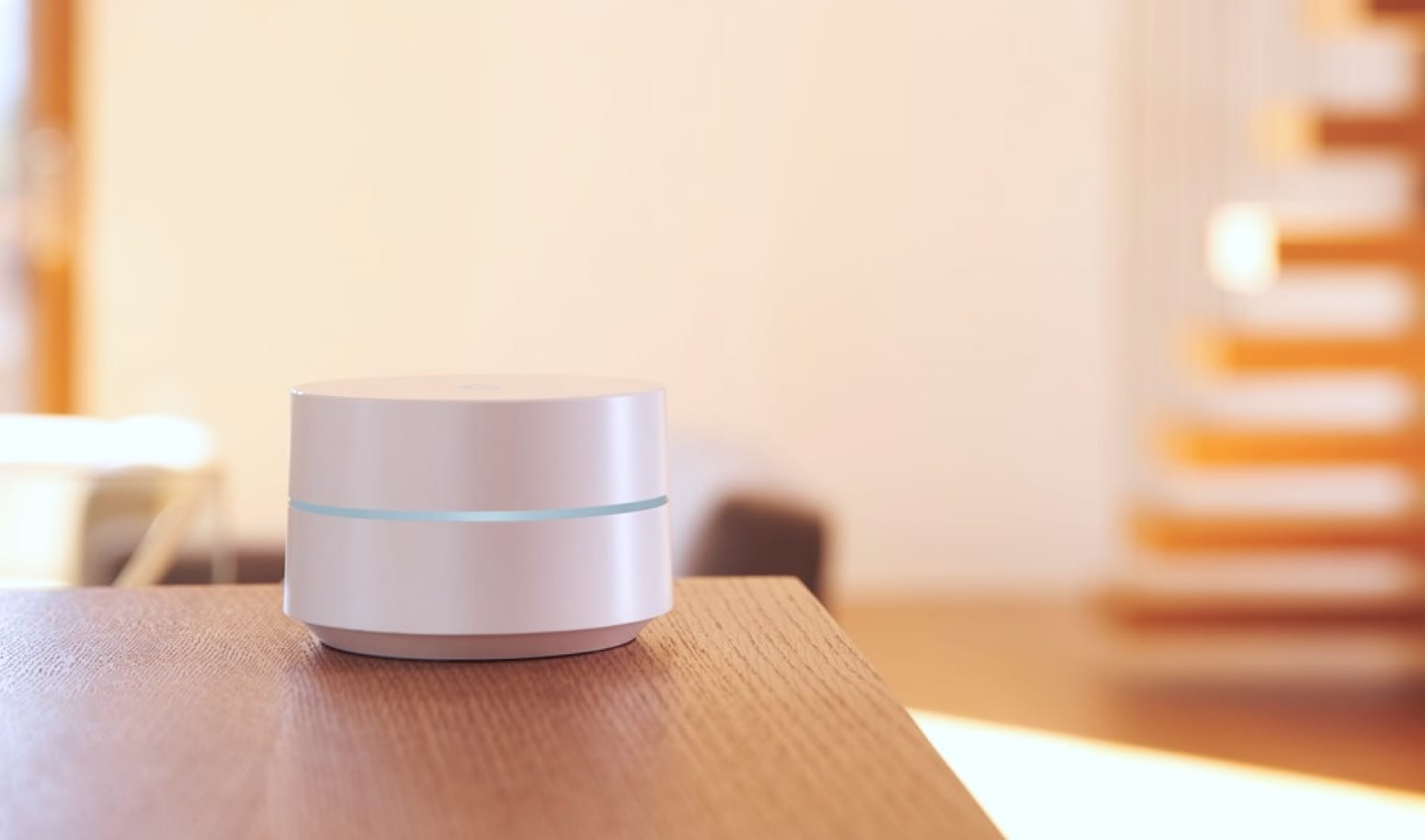 With ever evolving network solutions, there is a great way to have your wireless signal spread evenly throughout the building. One of the solutions would be using a WiFi extender, but even though it is cheap, the fact that these extenders usually use a single radio to repeat the signal results in a poor bandwidth.

How does Google Wi-Fi work and how will it change your network?

To get a great WiFi coverage unlike any you had before a “wireless mesh network” is something you have to look into. It is basically a certain number of small and nice looking routers that interact with each other and cover the space with an even WiFi signal. Such routers have two radios for simultaneous sending and receiving which brings maximum throughput.

Google company is now offering their own wireless router — Google Wifi. It is a modular system with nice-looking modules placed throughout your space for a solid network connection in any spot of the covered area. Google Wifi also utilizes the feature called Network Assist, which automatically transitions connected devices to the point with the strongest signal depending on where the device is located at the moment.

Google Wifi is the like of Eero and Luma — two WiFi router mesh systems that provide an even coverage thanks to good looking modules placed around the space. Eero named their approach clearly after the tech behind it: mesh networking, while Luma markets it as “Luma Surround”. Google advertises their product as a “mesh technology” as well, supported by “modular” bases that you can alter by adding or moving modules up to your network requirements. 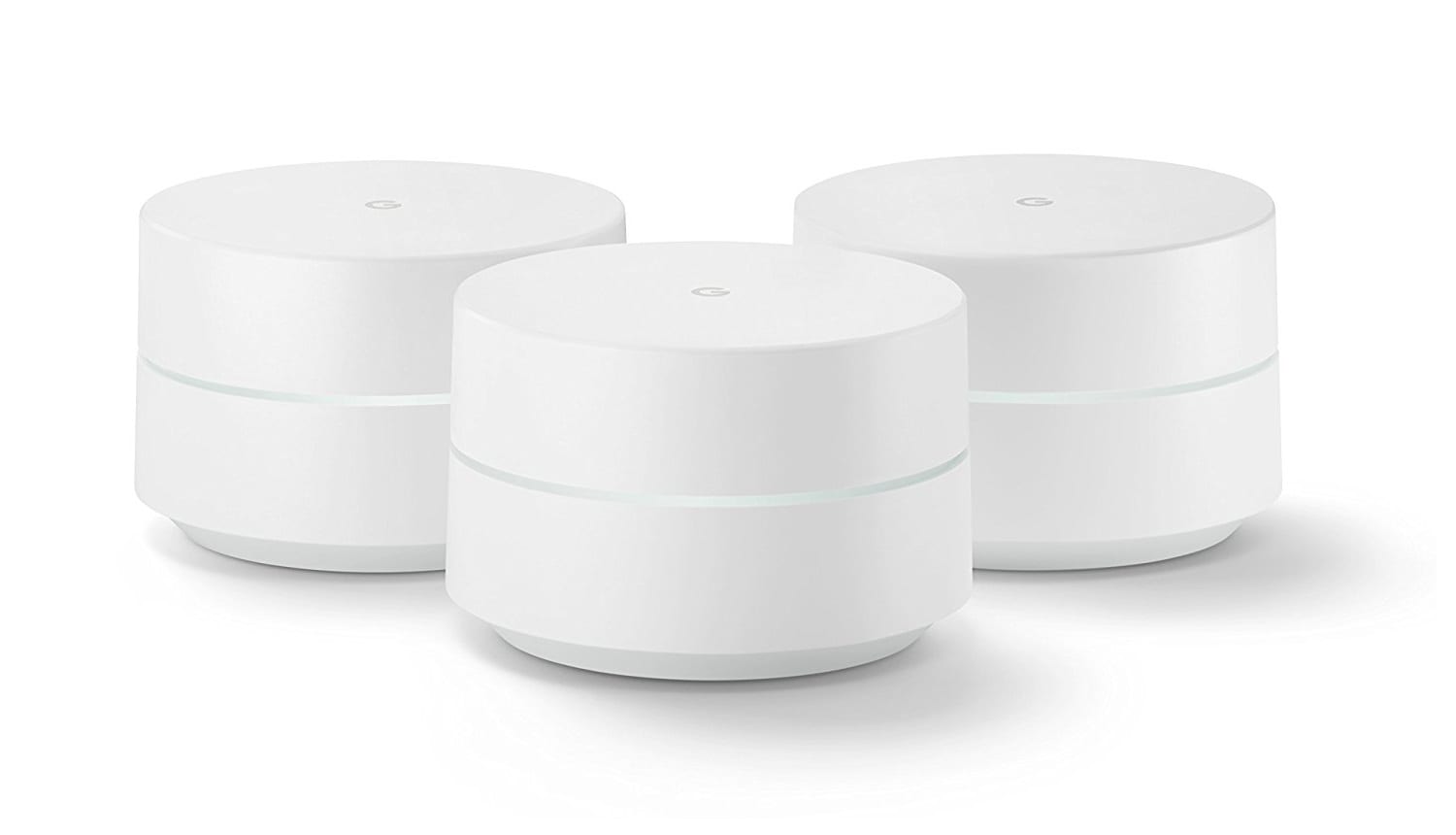 NetSpot will soon provide a real-life comparison of all these technologies in the same building. That’s where the titans will be able to prove who truly is the most powerful wireless coverage provider.

All the projects described above work in a similar way, starting with a WiFi router connected to your modem and expanding the network by adding modules to it. As for WiFi network security concerns, all new modules added to the network will have to be “trusted” modules, signed by the same manufacturer.

Don’t forget that mesh networks are not a panacea and may result in some pricey investments.

Our first tests show these devices are prone to overheating, and stay very warm all the time when they are plugged in. While you definitely are getting a better coverage with 3 Eero‘s or Google Wifi modules, sometimes these overly smart technologies may play a bad trick, severely lowering your coverage quality when older and slower devices are connected. We still have to test and see how the new concept compares.

Google Wifi cares about the looks as well. As we mentioned before, the routers are neat and good-looking, having a shape of a small white cylinder, unlike a regular antenna-laden Internet box. This way you can incorporate it into your living or working space without hiding it which gives you more choices of where to put this thing which results in a better connection.

Such solution will work really well for larger homes that are more prone to dead spots. According to Google, one Google Wifi will work in spaces up to 1,500 sq ft, while three modules will provide coverage for homes up to 4,500 sq ft. The modules are set up in a matter of minutes and are dual band, with two ports on each device, AC1200 speeds, 802.15.4 radios, and Bluetooth. 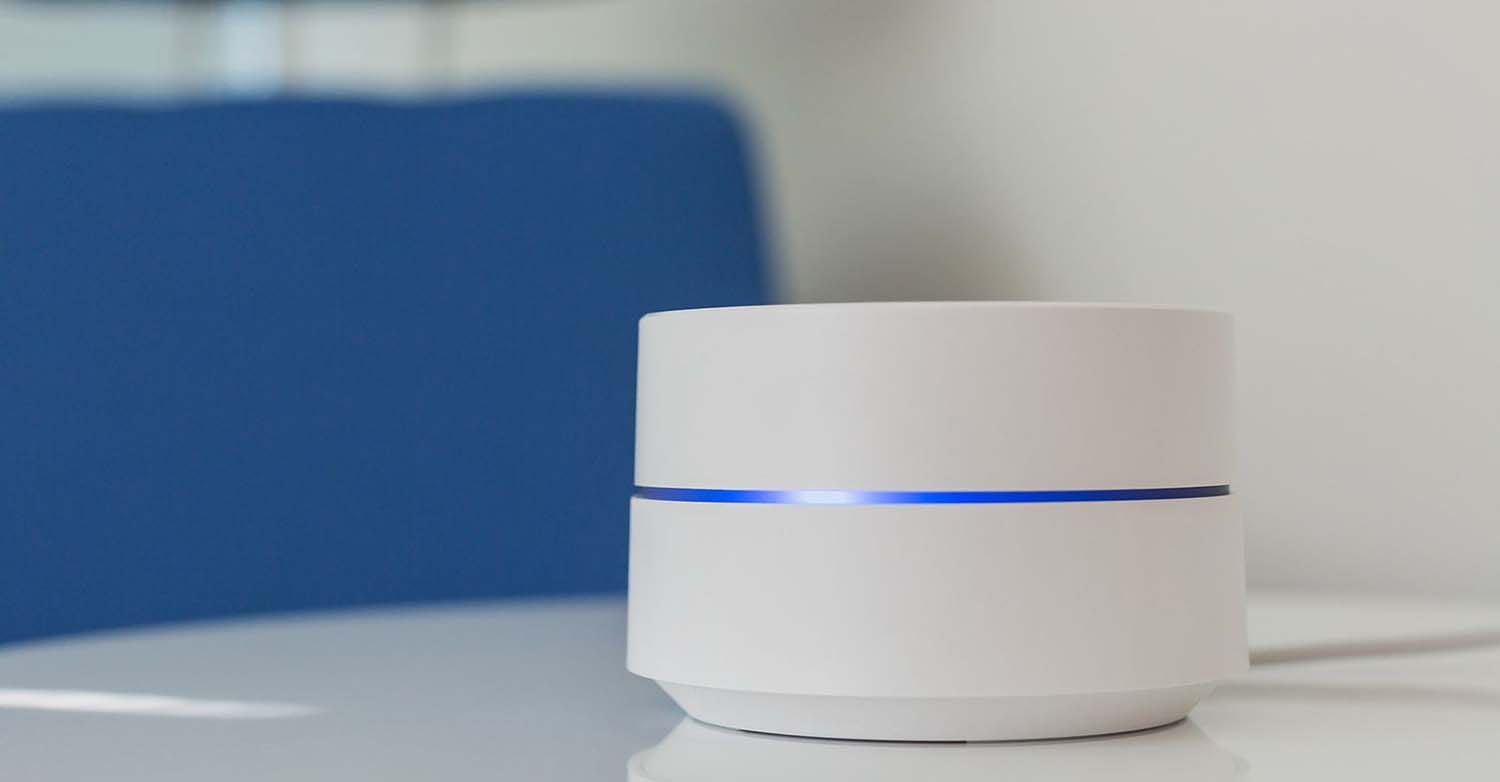 Currently routers are managed in the OnHub’s current Google On app, which soon should become “Google Wifi” too. It breaks down data usage for you and lets you see the devices connected to the network and manage their Internet access.

A companion app for Android and iOS devices includes parental control for the devices your kids use on the network.

While Google Wi-Fi strives to provide you with even coverage, we’d still recommend to check your Wi-Fi coverage and Wi-Fi signal strength with NetSpot Wi-Fi site survey app.

With NetSpot Pro, you’ll never miss a beat, post, or important email even when your Internet is acting up.
Jeffery Battersby
BoingBoing
Google WiFi Router – FAQs
What is Google Wi-Fi?

Google Wifi is a home mesh WiFi system that provides seamless, reliable Wi-Fi coverage throughout your space and is an excellent alternative to a traditional router. Note that you’ll still need an Internet Service Provider and a modem to get online. There is a newer version of the system — Google Nest Wifi; there is a possibility to use Google Nest Wifi and Google Wifi devices on the same network.

What other solutions are similar to Google WiFi?

Most of these systems share characteristics, but they also have their differences in some features and price tags. You can read more about WiFi mesh network systems and see which one might be a better choice for you at https://www.netspotapp.com/hardware/what-is-mesh-networking/.

Such a solution works great for larger homes that can be prone to dead zones. According to the information on Google support resources, the Nest Wifi router can cover up to 2200 sq. ft., while each Nest Wifi point can cover up to 1600 sq. ft. The modules are easy and fast to set up and will work best when they’re no farther than 2 rooms away from each other.