If the WiFi signal in your home is a constant source of problems, a WiFi mesh network might just be the right solution for you.
top choice
Get NetSpot

In this article, we take a closer look at what this latest wireless technology solution for home network offers, and we also recommend three mesh routers to help you create your own mesh network and solve your WiFi signal problems once and for good.

Jump to...
What Is a Mesh WiFi Network?
What Are the Best Mesh WiFi Routers?

What Is a Mesh WiFi Network?


A traditional home WiFi network relies on a single wireless router to provide all devices on the network with Internet access. The problem with this network topology is the fact that even the fastest wireless router can only cover a limited area before its signal becomes so weak that it can no longer be considered usable.

A common solution is a WiFi extender, which is a device that receives a weak signal from a router, amplifies it, and creates a new WiFi network to broadcast the amplified signal. As impractical it is for home users to manually switch between multiple WiFi networks when moving from room to room, WiFi extenders are unusable for businesses and institutions that need to cover a large area or multiple floors with a single wireless network.

A mesh WiFi network overcomes the limits of WiFi extenders

A mesh WiFi network overcomes the limits of WiFi extenders by dynamically and non-hierarchically organizing nodes on the network to cooperate with one another and deliver data from and to clients in the most efficient manner.

The typical WiFi mesh network consists of a single mesh router connected to the Internet with a wire and several satellite mesh routers, called nodes, that talk to one another to expand the wireless network to every corner of your home. 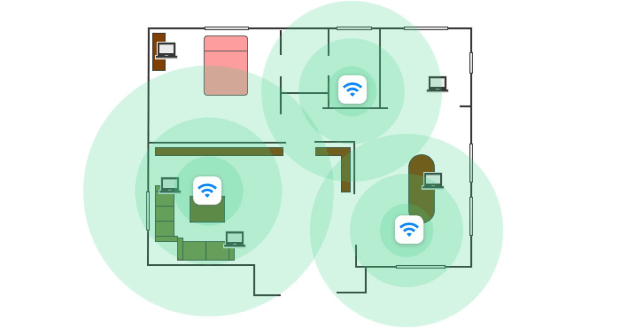 To achieve the best results when creating a mesh WiFi network, individual nodes in the network should be placed far enough from one another so they broaden the signal, but close enough so they can still communicate with at least one other node in the mesh WiFi network.

What Are the Best Mesh WiFi Routers?

Even the best WiFi routers that rely on the traditional spoke and hub network topology are unable to cover very large areas with a strong and stable wireless signal unless they are assisted by WiFi extenders, which significantly complicates things and often confuses users, who have to manually switch between wireless networks depending on their current location.

The best mesh WiFi routers, on the other hand, can cover as large area as necessary to provide all network users with a strong and stable Internet connection regardless of where they are. We have selected three mesh WiFi routers from the leaders in this market segment to help you overcome the restrictions of your existing WiFi router with a single purchase.


*As an Amazon Associate, we may earn from qualifying purchases made using the "Buy from Amazon" links on this page.

The Google mesh WiFi system is a great way how to get started with mesh networking without any headaches. The system is available in several sizes to cover everything from small apartments to large mansions. According to Google, a single Google router should be able to cover 500-1500 square feet, depending on how many walls and other thick obstacles it has to deal with. 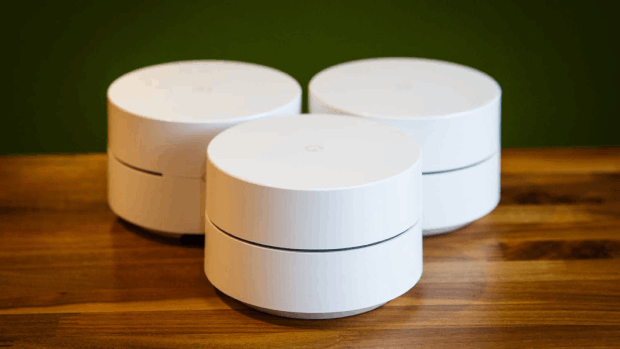 Google has made the setup of the Google WiFi so easy that anyone can do it without any help. The companion app for mobile devices provides helpful guidance when you first plug in the router, and it also features a simple control center that allows you to prioritize devices on your network, see what’s connected, turn on parental controls, and more.

The Eero Mesh WiFi system is much more unobtrusive than most other similar systems currently available, but it’s just as capable. Eero doesn’t come with any limitation to how many connections it can support or how many nodes it can include. Thanks to its TrueMesh technology, your WiFi signal can hop between individual Eero nodes to travel down hallways or go around walls.

This technology was developed using machine learning and data collected from real Eero users, and its benefits are noticeable, as just about any Eero reviewer would tell you. 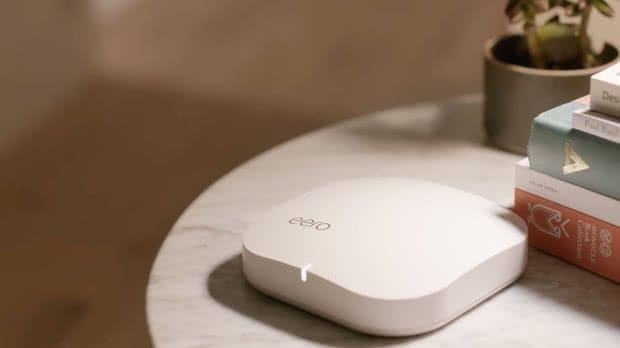 Connecting the Eero system to the Internet could hardly be any simpler. The base unit has two Ethernet ports for wired connection to the unit and to one other device, such as a TV or computer. The base unit can be extended with an unlimited number of Eero Beacons, which plug directly into any outlet and easily expands your Eero mesh WiFi system to cover every corner of your home.

The NETGEAR Orbi is a tri-band mesh WiFi system that can deliver a fast Internet experience from the attic to the basement. The Orbi WiFi system comes pre-configured and works right out of the box. You can start with a single Orbi node and expand according to your needs. We recommend you use a WiFi analyzer app such as NetSpot to measure how far your Orbi mesh network reaches.

That way, you know exactly whether you really need to spend money on another Orbi. Compared to Google WiFi and Eero, the Orbi system is up to 100 percent faster, delivering 222 Mbps compared to the average of just 71 Mbps of other mesh WiFi systems. 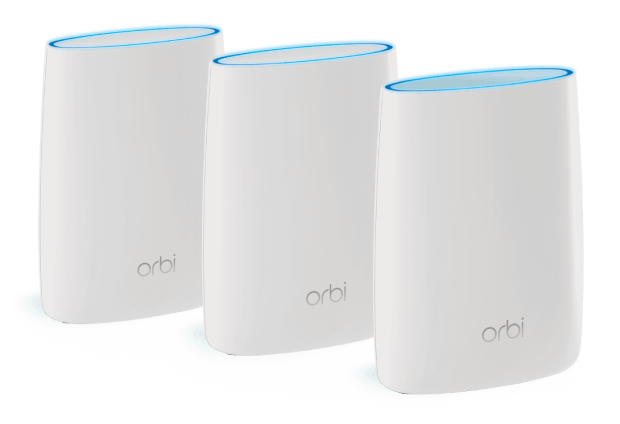 NETGEAR also claims that the Orbi system is able to cover more square feet with two devices than other mesh systems cover with three. The superior performance of the Orbi system can be attributed to its patented tri-band WiFi technology, which establishes a dedicated backhaul connection that helps maximize internet speeds for 4K streaming and connections to multiple devices.

If you want to dive deeper into this Wi-Fi thing, check out the following articles about Wi-Fi security, the best apps for wireless networking, inflight WiFi, etc.
Choose your WiFi router and set it up with NetSpot
Learn more
Choose the best WiFi router for your home
Learn more
Why a router has just two WiFi frequency bands and how they work
Learn more

Check The Best WiFi Booster Apps Of 2021
Check the List of Best WiFi Channel Scanner Apps for Windows
What you need to know about WiFi calling
4 Best WiFi Speed Test Apps in 2021
Things you need to know about WiFi Testers
Select a USB WiFi Adapter with NetSpot
Wireless Network Speed — How To Improve It With NetSpot
How to check RSSI value with NetSpot
Difference Between WiFi Extenders, WiFi Boosters, Router Boosters
Choose the Best Gaming Router in 2021
Setup WiFi networks with NetSpot WiFi planner
Linksys Smart WiFi Routers with NetSpot
Improve WiFi Network Security with NetSpot
What is a WiFi Hotspot and how it works with NetSpot
Create a WiFi heatmap with NetSpot WiFi analyzer.
Get NetSpot for Free
Wi-Fi Site Surveys, Analysis, Troubleshooting runs on a MacBook (macOS 10.10+) or any laptop (Windows 7/8/10) with a standard 802.11a/b/g/n/ac wireless network adapter.
Get NetSpot